Hello, This past weekend LL’s Mom came to visit! Like any trip to LA it was filled with adventure. So, we decided to let her share her story with all of you! Here she is:

Mama Lisa was finally able to get on the Crows calendar! Counting down the days to the big weekend in mid-July, started back in March, so the anticipation was huge and everyone in Central California was counting down the days with me. Lesley and I had been working on the itinerary, which included several yoga classes, a day at the spa, several trips to Whole Foods, a quaint dinner party with friends, an evening at Cinespia to watch my favorite movie, “Kill Bill,” fur-baby fun and puppy training, a behind the scenes view of “As the Crows Fly” podcast recording, a walk about the Melrose Trading Post, a hair stylist makeover and lots and lots of picture taking and bragging to everyone who would listen to this proud mama talk about Brad and Lesley!
It all started with what should have been a quick flight from Northern California to LAX with a reserved shuttle to the Crows nest, but turned into a 2:00 a.m. sneaking into their place without waking the dogs and the realization that overcoming my fear of travel and driving myself would have been easier and faster! Viola’ my fear of travel is officially cured…because, who wants to go through that again?!?! Finally, arrived and Brad met me out in the courtyard of their building and slipped me in past the dogs, so whew…that entrance was quietly successful, even if it was three hours later than expected. 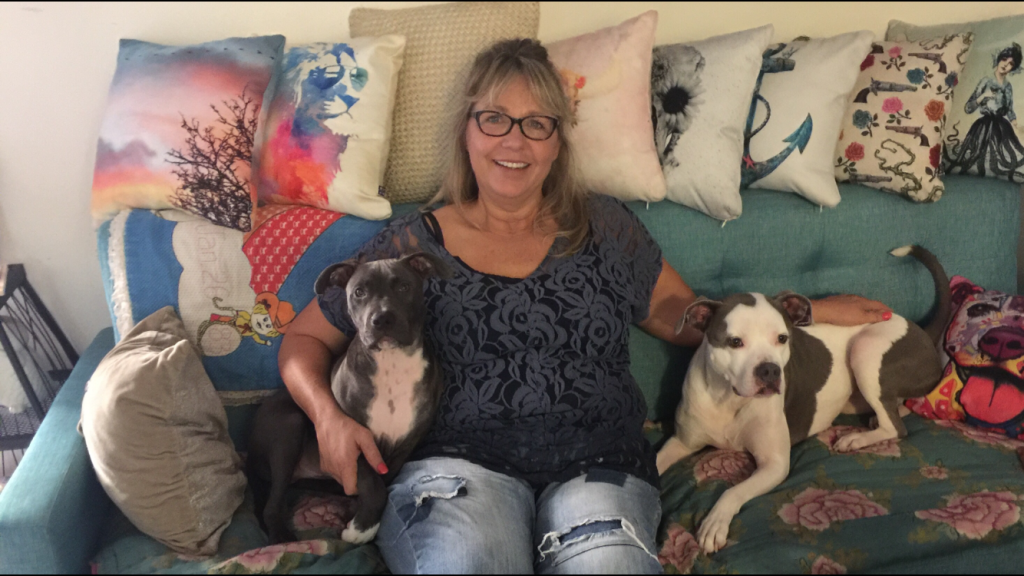 The first morning yoga class was amazing! I wish I had a recording of everything the teacher said throughout the class, because so much of it dealt with self-talk and how to be gentle with yourself when you catch yourself not meeting your own expectations. For example, one of the scenarios the teacher mentioned was, “When you catch yourself, not doing something or cheating on a yoga pose or fill in the blank____, she said, treat yourself like you would if you caught a child with his or her hands in the cookie jar! You would gently redirect the child to the goals or expectations.” That was just one of many life coaching lessons in that yoga class. If you’re in the LA area check out Heather Dawn at bodymuse.com

Later that night, Brad and Lesley had a quaint dinner party, so I enjoyed meeting some of their friends! I met Eric Ruyak who designed the famous ring shown in the Game of Thrones! I met Marina Bonani, a google music lawyer! I met Michael Myers (a trainer, pilates student) and Michael’s beautiful friend Liz, and DJ (the boxing chef from their podcast)! It’s so true, you can tell a lot about people by the friends they hang out with, so it’s not surprising that their friends are as amazing as the Crows, because, birds of a feather flock together!

Saturday morning was spent taking a yoga class with Lesley in West Hollywood with instructor Anthony Benenati. Anthony made some interesting points about War and Peace, which I am still pondering, but somehow he managed to help put the current news into perspective, if that’s possible. Basically, and I am paraphrasing…he said, “You can’t enjoy peace without war, if you take away war, you have to take away peace…nothing exists without its opposite existing.” From that class we enjoyed a healthy breakfast and ubered over to Olympic Spa. There was a hot mugworts tea pool, followed by a freezing, ice cold pool, and back to the hot pool, then several layers of skin was scrubbed off from head to toe. I have to admit, that was a little more painful than I anticipated. There was also a facial, more skin scrubbing, hair washing and more skin scrubbing, a massage, and more skin scrubbing! Needless to say, the oils and moisturizers felt very soothing and refreshing! I went into the spa with a nice spay-on tan, and left with tan scrubbed off, but my skin was as soft as a babies bottom and felt AMAZINGLY INVIGORATED!! 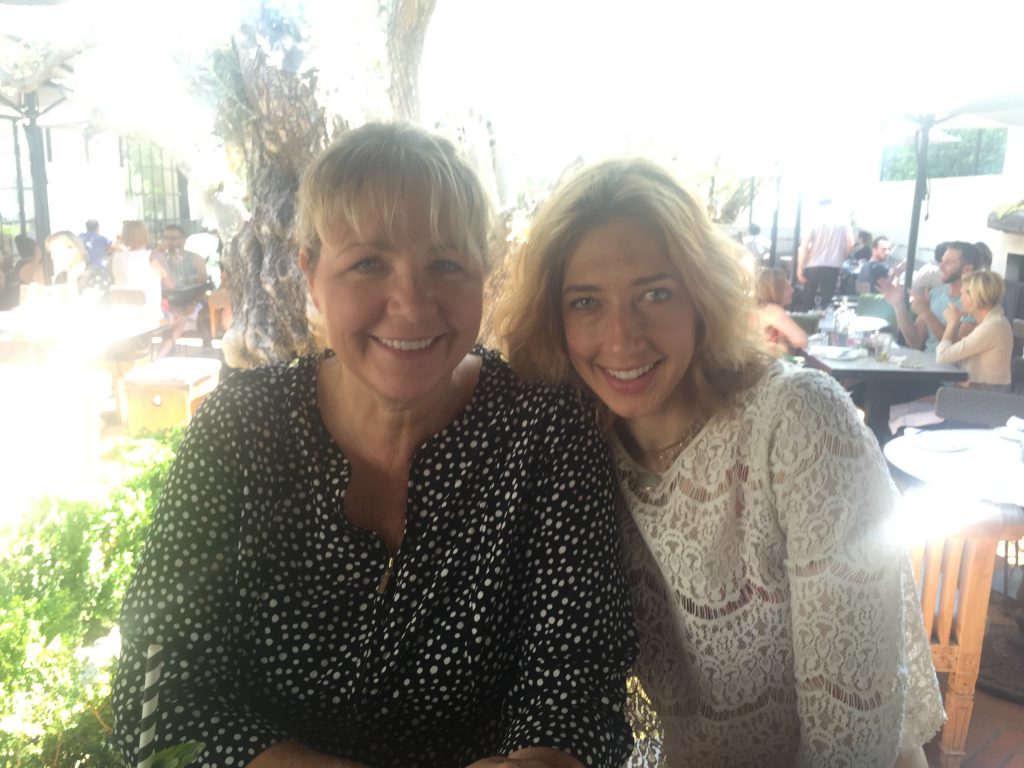 After the spa, Brad met us at Gracias Madre for a delicious lunch. We came back to their place to record their podcast, while I listened for awhile. I found it very interesting to be “behind the scenes recording.” However, I was so relaxed from the spa that I fell asleep while they were recording. This would not have been so bad, except for anyone who knows me, knows that I usually wear a sleeping mask due to snoring and sleep apnea…well, I didn’t plan to fall asleep, so I was not wearing my mask and I began S-n-O-r-i-N-g, while they were recording. I woke up to the two of them laughing and found myself begging them to please edit the snoring out of their podcast…UGH!!!!
Later that night, we headed out to Cinespia to watch one of my favorite movies, “Kill Bill!” That was so fun to be out with thousands of people at a cemetery, while the movie was shown outside on a building wall! It was great seeing people dressed up like the characters in the movie. We ate dinner there, picnic style, and took pictures! 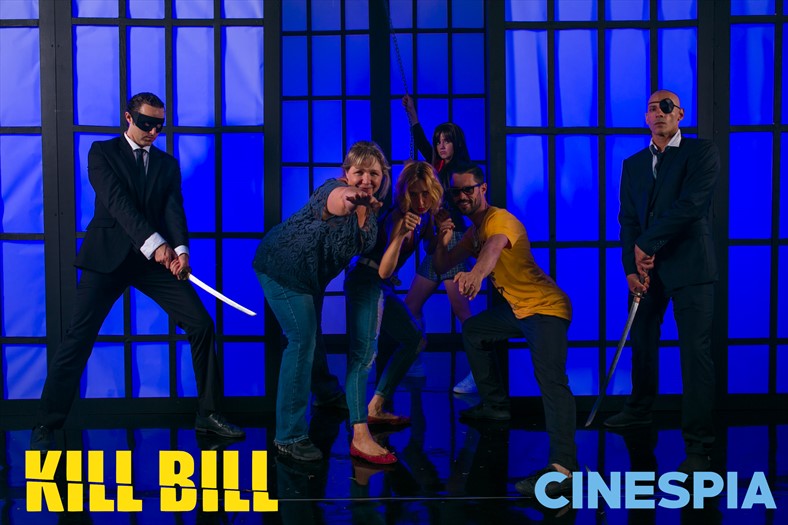 Sunday, I took another yoga class and tried to apply the “self-talk” lesson, but let’s just say, “my hand was in the cookie jar a lot,” and it was just a harder class to get through. Fortunately, the Equinox gym is very luxurious and there are so many amenities there that I forgot about my struggles and felt like a super star by the time I finished showering and getting ready to meet up with Lesley and Brad.

After the yoga class, we took the dogs for an outing to the Melrose Trading Post, where the dogs were met with Paparazzi! Everywhere we went, people would stop us to pet the dogs! They were so darn cute and made us all proud by sitting and letting everyone make over them. We even took them to lunch with us, where they were the center of attention by those who passed by or were eating at the restaurant with us! Of course, I took every opportunity to brag about The Crows and As the Crows Fly! One person said I should get hired and paid to be their PR Person! 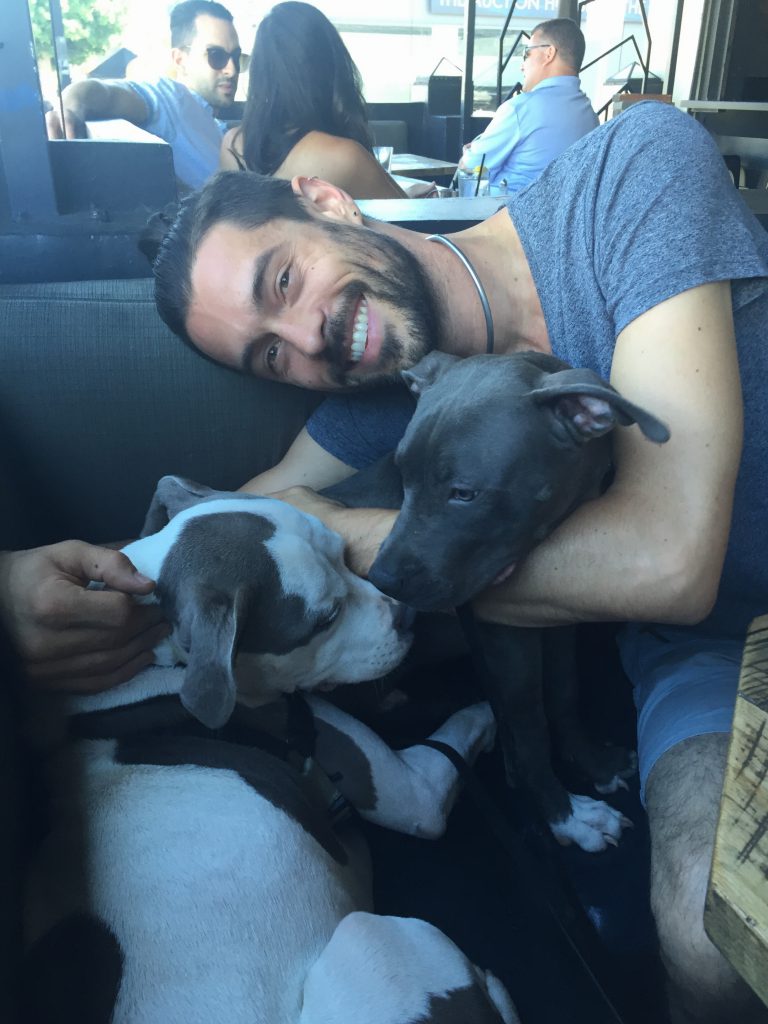 Then on Monday I took an uber to another incredible Yoga class, breakfast in West Hollywood before meeting a new hairdresser for a very LA makeover. I’ll let you be the judge but I’m loving my new hair enough to drive down to LA every couple of months just to get my hair done. Such a fantastic trip. Cannot wait to return. 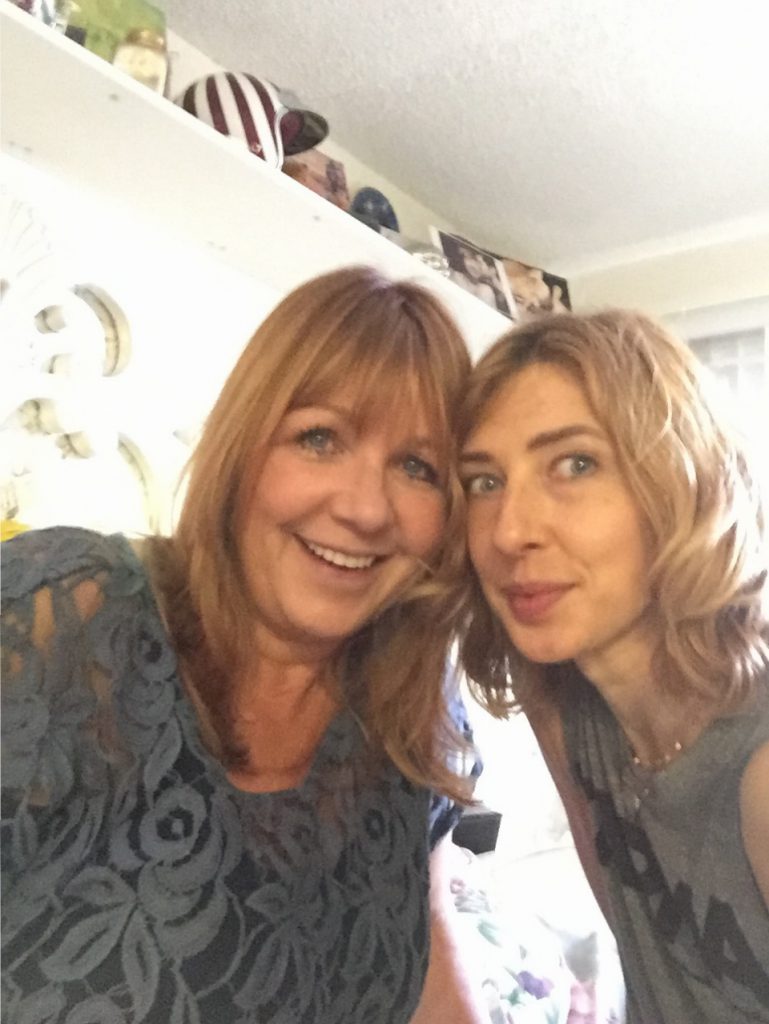