During the ferry ride from Phuket over to the Phi Phi Don island, we met a Frenchman who lives in Tokyo and is dating a Japanese girl. Conversation with them was a pleasant way to pass the otherwise boring boat trip. I must comment however that the people-watching was amazing, and should have been an indicator towards the crowd we were about to spend our island days with…

Getting off the boat, we had to pay a Phi Phi Island “Parking Clean” tax, and it made me think of a scene from a movie where this guy with the bullhorn was yelling, “You must pay the tax!” Because he was literally yelling that through a bullhorn! 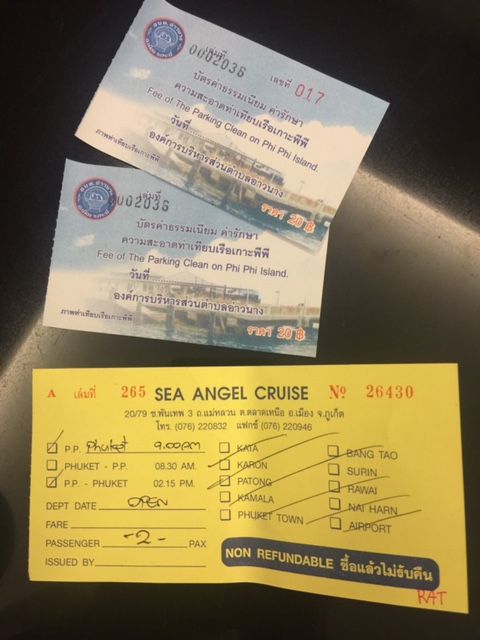 After settling down into our hotel, we decided to walk around the happening town in search of a meal and some drinks. We found this cute Tiki-like bar that had a set of swings and paused for a brief visit, but hunger was calling so we meandered onward. 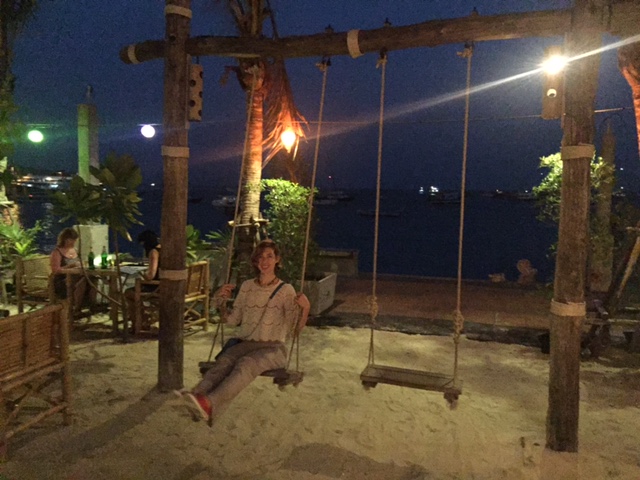 The town reminded me of an open air market that kept breaking down and was fixed or rebuilt 1000 times. When not seeing your standard tourist trap trinkets and tattoo parlors, there were massage booths and street food vendors everywhere. Milling about like drunk chickens were an incredible amount of spring-break style tourists. Yes, they were intoxicated and obnoxious. You could buy buckets of hard liquor and walk around, un-policed. 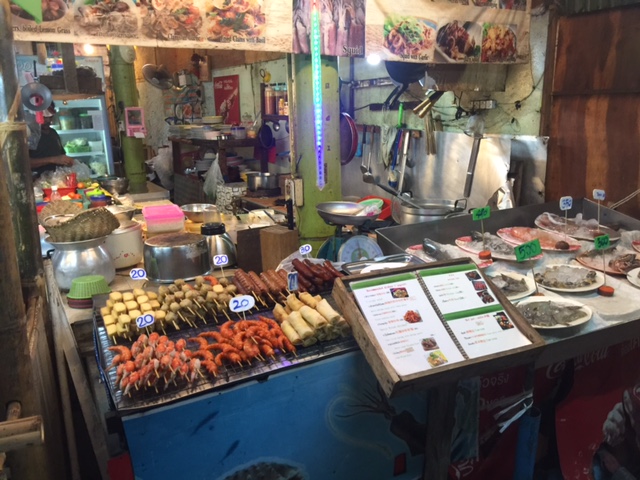 We finally settled on a place called “The Rock” which was an experience all unto itself. Very very glad I downloaded a translator app… We ended up having a cook-it-yourself Korean BBQ style plate of raw meat, just to make sure it was something that we could consume 🙂 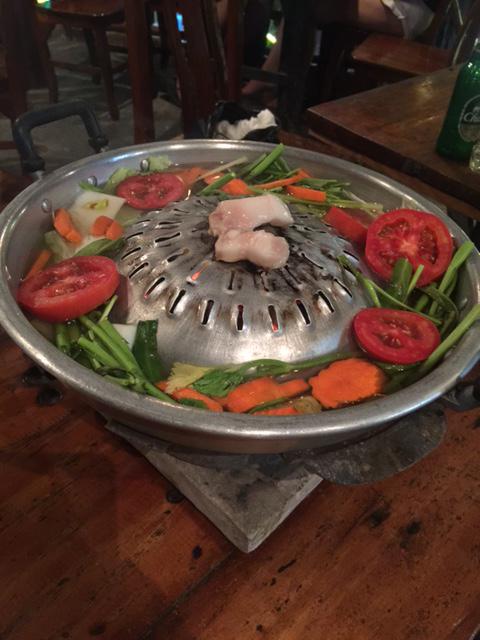 After dinner, we continued to walk through the town until we found “Apples Thai Massage Parlor” where I fell in love with a 65-year-old Phi Phi Island island native named Seen-Pie (phonetic spelling!) Before we started, I asked her how many foot massages she had given and she looked at me put her finger in from her lips and said, “Shhhh!” Then she smiled and said, “Goodnight.” I am not entirely experienced with foot massages, but in less than 10 minutes I was (apparently) snoring!

Before heading back to our hotel, we grabbed a quick drink at a bar on the north side of the island, where a bunch of kids and teens were twirling fire. 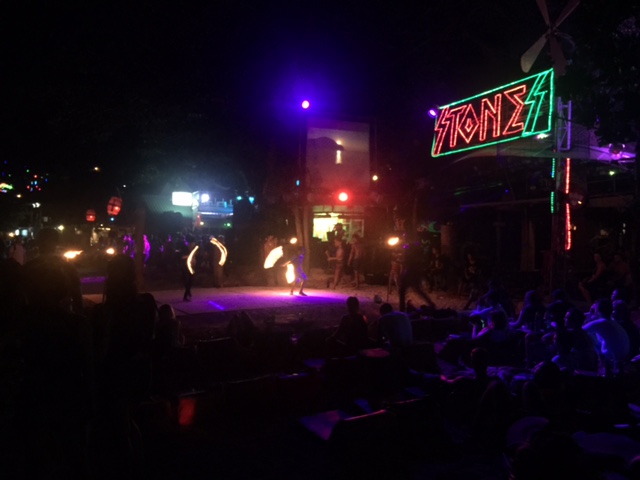 What an adventure! Today we’re off to Maya Bay, Monkey Beach and more…