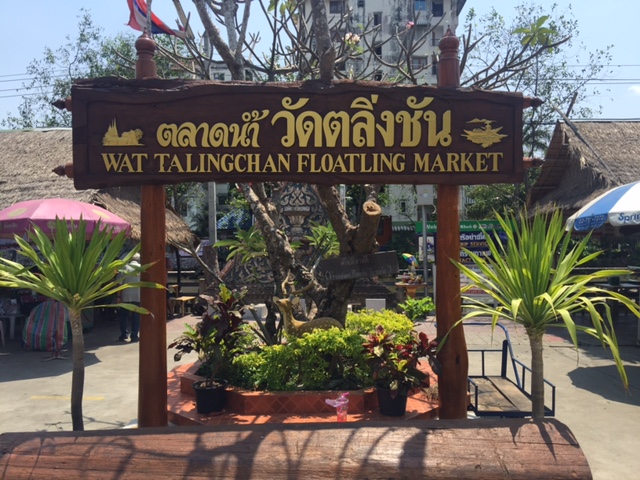 Yesterday we ventured outside of downtown Bangkok via taxi to the Wat Talingchan Floating Market. The taxi driver was chuckling at us when we told him the destination, but I’m still not sure why. Maybe it’s a typical tourist trap or something. Regardless, we were ready.

As soon as we arrived I (Brad) snagged a bowl of mystery meat soup. I eventually figured out that it contained liver and tripe, and some sort of Ramen style noodle. When I told her only medium spice, she put nothing in… Haha. The soup was delicious! 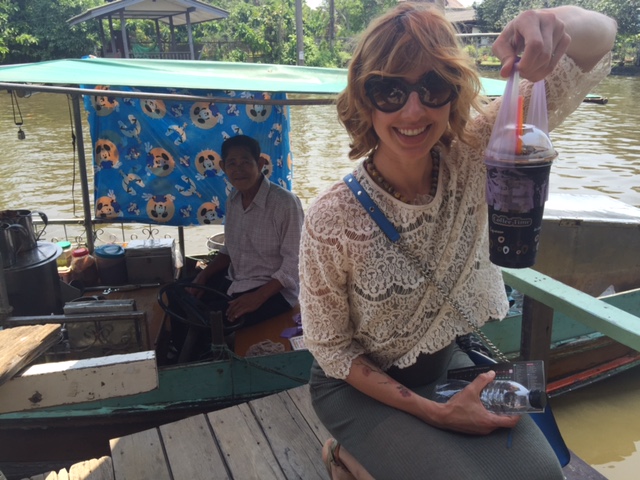 Then, we took a quick peek inside a Buddhist temple, before heading over to the market proper. 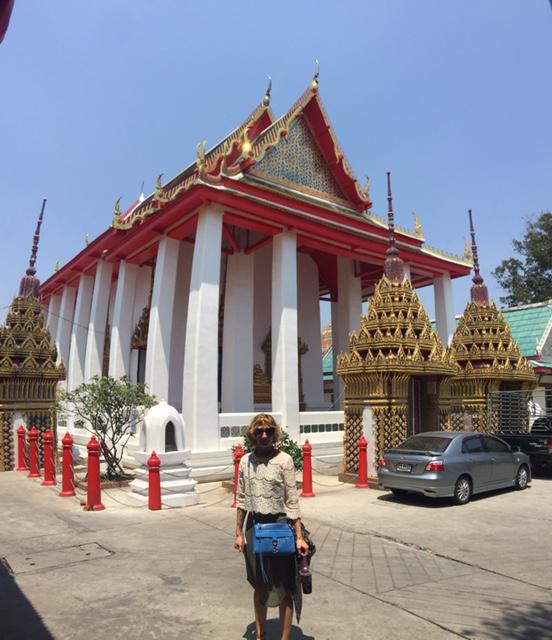 The next picture may make your job drop, and of course I was curious. Those are definitely 3 inch long cockroaches that look like they are salted. When I asked the little old lady behind the cart if they were food and gestured to my mouth as if I were eating, she looked at me and pointed and said, “No,” and shook her head. To me, this translated as, “No, tourist, you can’t handle this.” She wouldn’t sell me one! I walked away with a smile on my face. 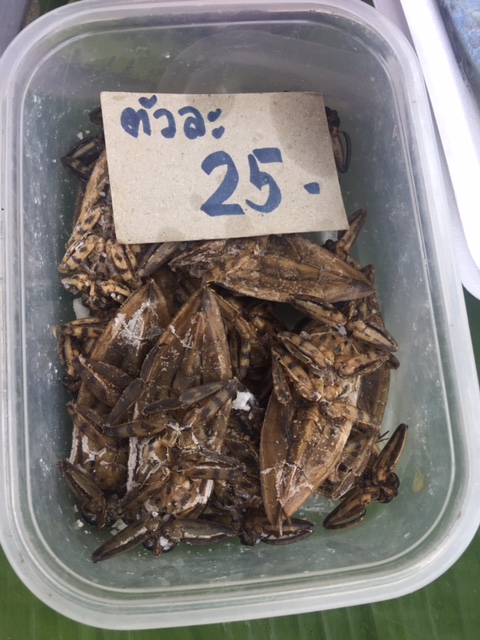 A few carts later, we found some duck eggs. They were super salty and cost us 7 baht.

Then, we hit the jackpot! They make coconut pancakes that have no wheat or oil! They were so tasty. 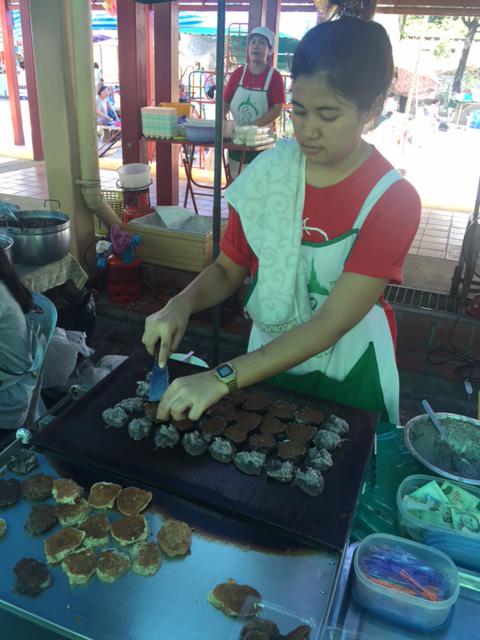 Apparently, it’s a thing to feed the cat fish some bread…

Instead of taking another taxi, we decided to brave the bus for the ride back to downtown Bangkok. It was frigid inside that machine, but the trip was quick, cheap and easy. 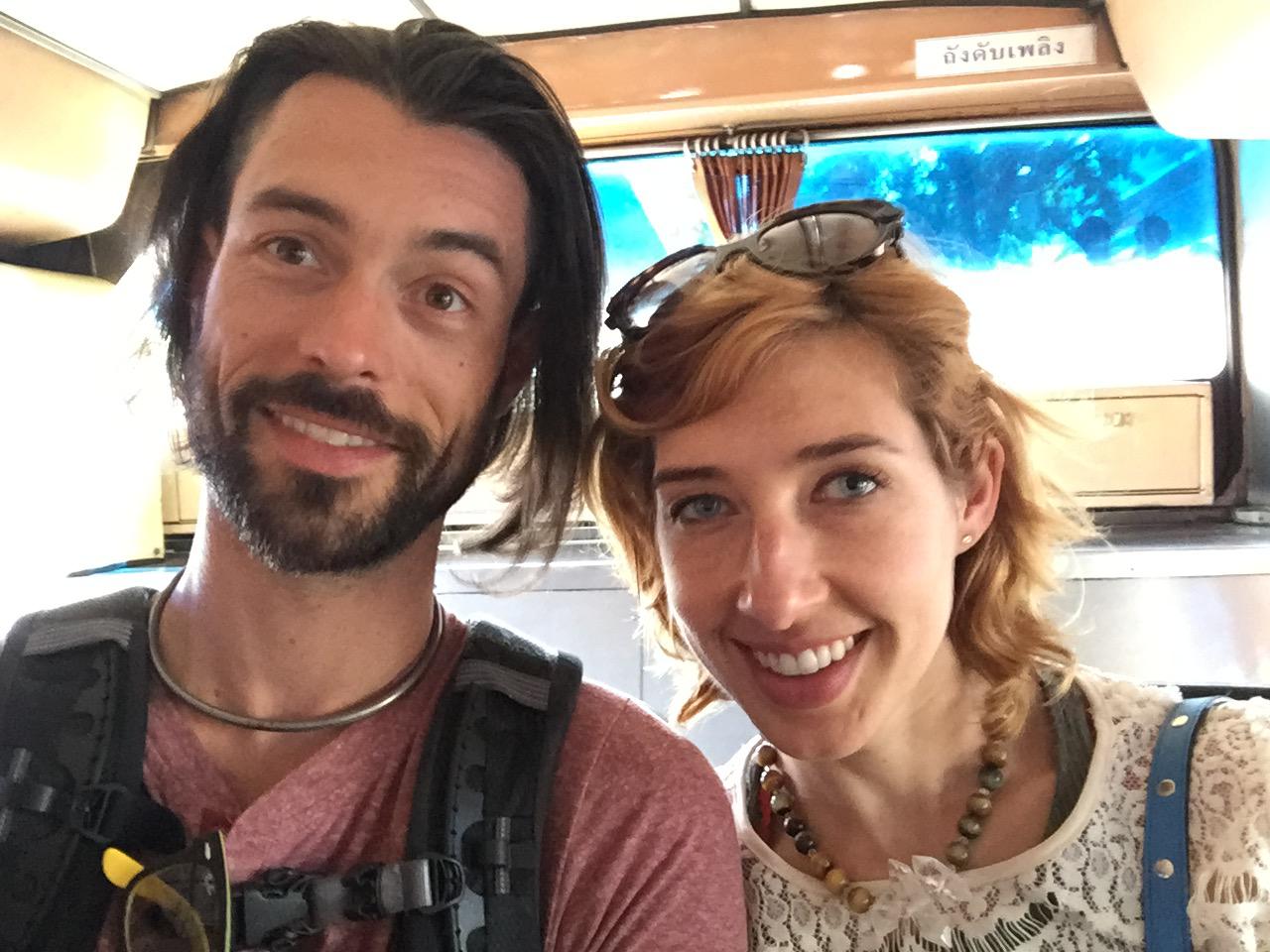