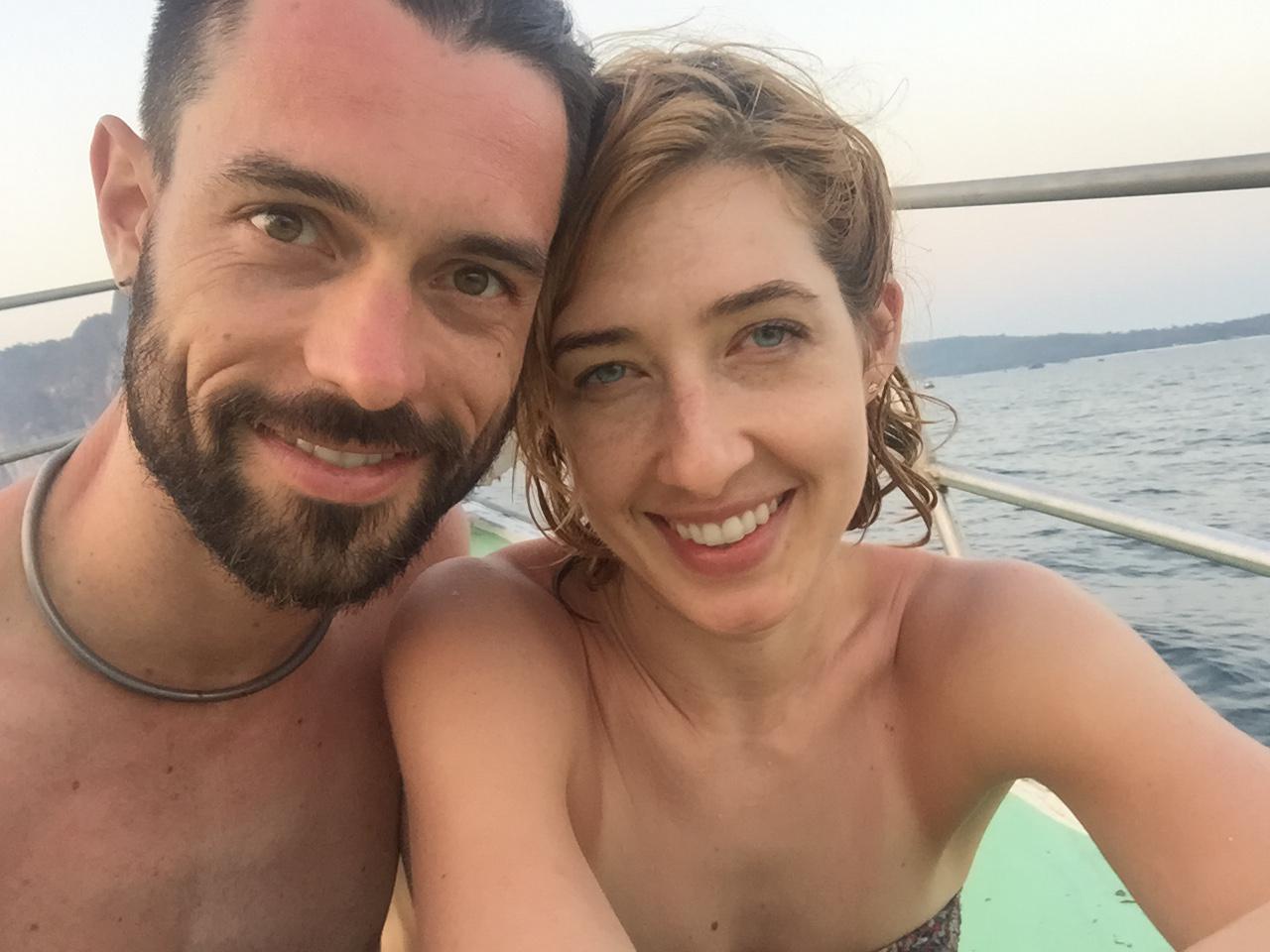 After a wonderful nights sleep I woke early to run around Phi Phi Don Island. Since most of the island was still up partying from the night before on the north side of the island no one seemed to notice me enjoying the south side.

It was at least 100% humidity and 90 degrees…but it could have been 85. After my run I enjoyed a pilates session on our deck right in front of the beach, where I was unaware of the monkeys coming down from the cliffs. 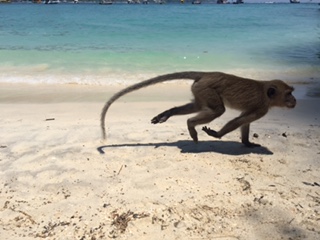 However, after breakfast as we walked into town to get coconut water we saw loads of monkeys. They are cute but when I saw the local get out of their way in search of food I knew these were cute from a distance. Sticking to the purpose we found a massive coconut to share and then it was off for a swim.

In the afternoon we hopped on a tiny boat taxi right outside our deck and off we went for the adventure around Phi Phi La (Maya bay) aka “The Beach” beach. 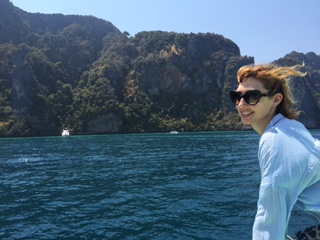 I wish I had proof that I kayaked and jumped into the Indian Ocean from our boat. Of course we don’t. Mostly because I refuse to purchase a selfie stick. However, the first stop was to “Monkey Beach.” Brad and I hopped into a kayak and went over to this cove where hundreds of monkeys awaited tourists to feed them. The locals that bring the tours seemed to have relationships with them. The largest one going up to one man and sitting with him. 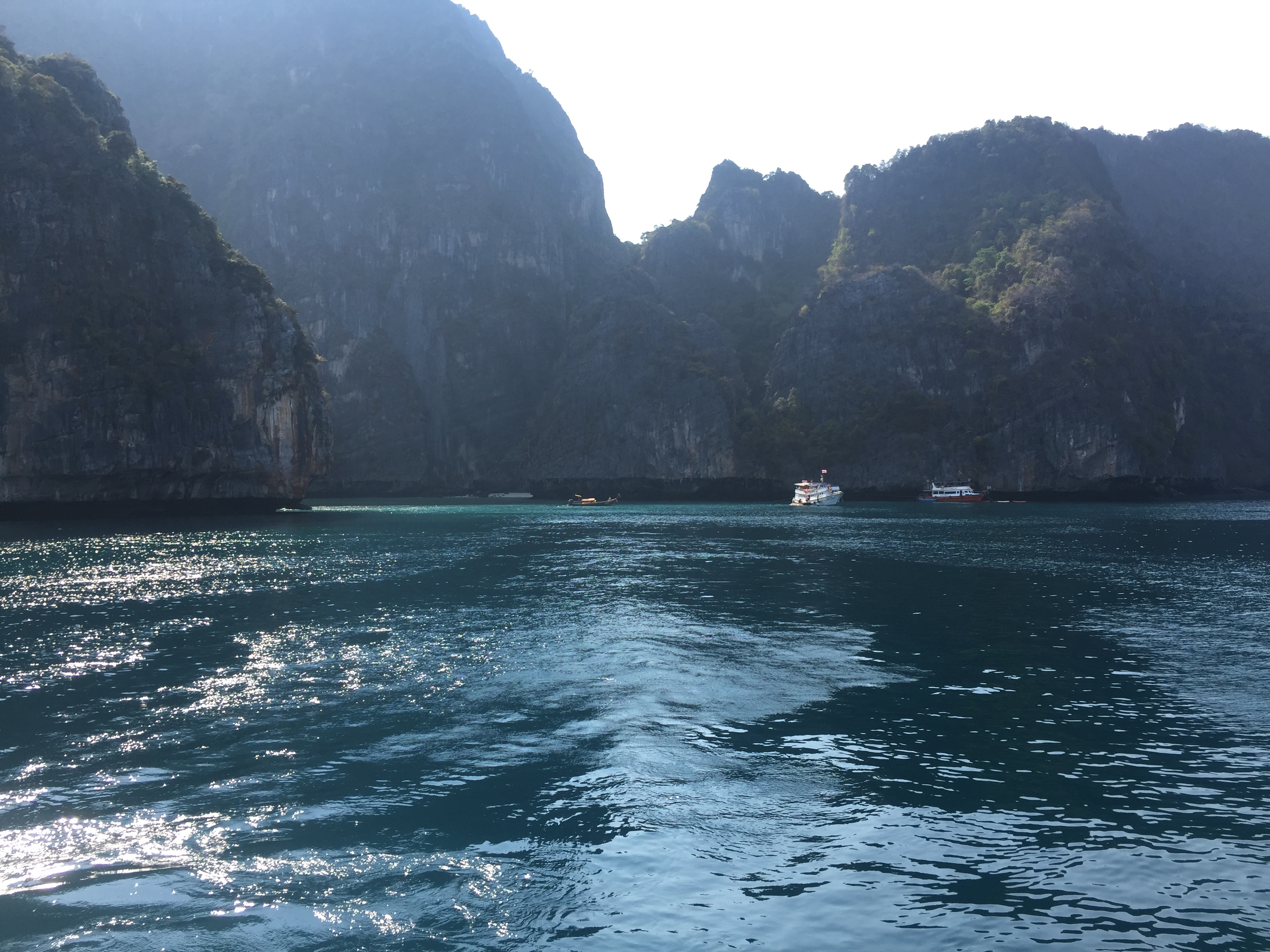 Then it was off to go past this massive cave. Someone from Holland told me “Viking Cave.” So, we’ll go with that for the purposes of this post. There was a single Thai man sitting up in the front of the cave. His job I assume to make sure no one goes in. Why? Birds Nest Soup! Yes, in Thailand one can order Birds Nest Soup. We had heard about this during an episode of Anthony Bourdain. He said it was awful. Couldn’t tell you if we agree or not. We have not had the opportunity to order it yet. Who knows maybe back in Bangkok Brad (I’m good going with A.B’s opinion) will give it a go. 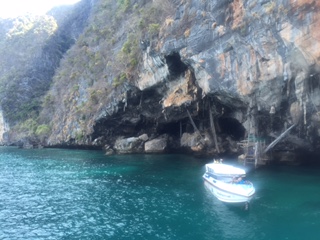 After the cave we went off to a lagoon. Brad and I were told no “swimming” so we jumped into the ocean and onto another Kayak. Then once away from our boat Brad flipped us over. Oops… And we floated around the lagoon for a bit. Then intrigued by the massive walls of island we jumped back in the kayak and investigated. I have to say at this part I’m thrilled I do Pilates! It was quite useful in 1) kayaking and 2) getting back into a kayak from the middle of the Indian Ocean.

After this cove we were off to Lo Sah Meh bay where we had to swim over rocks, reef and urchins to a rope ladder. After we owned that climb we were welcomed by this gorgeous National park. This park leads to Maya bay. 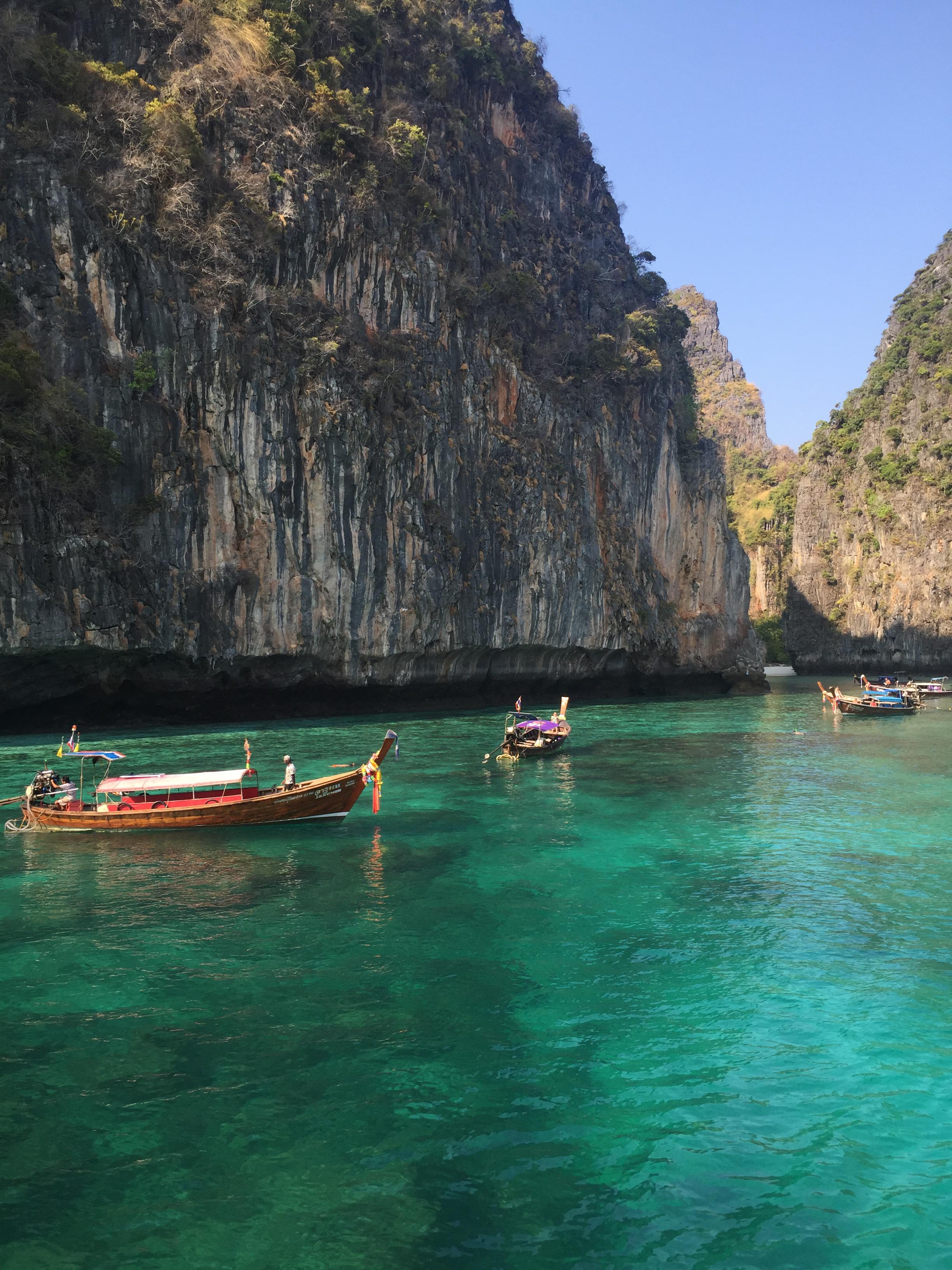 The sand at Maya bay is so white. The water so clear. We literally just laid in the water. While laying there the tide pulled out and it was time to take a few pics at this gorgeous beach. 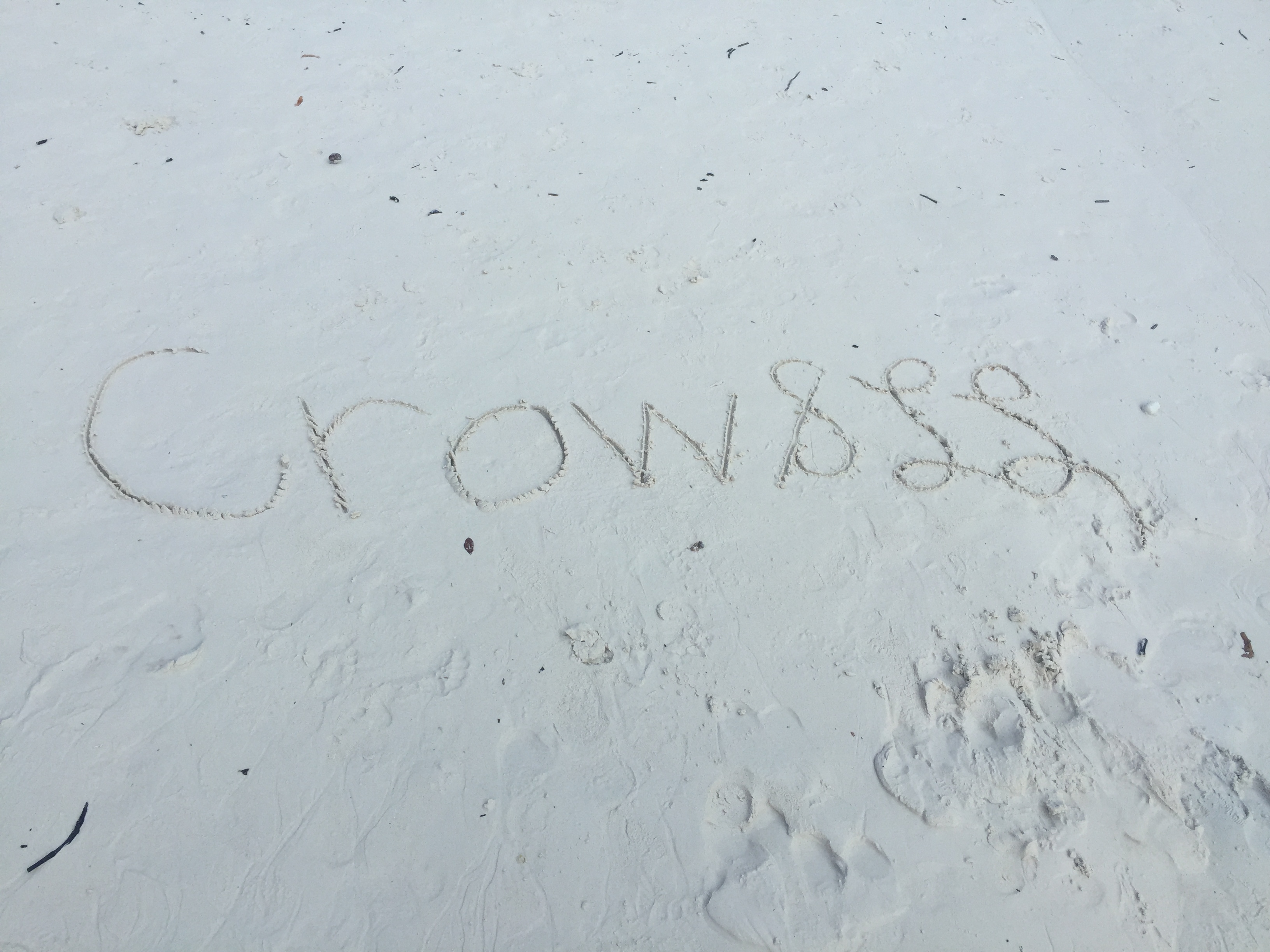 As the Suns rays began to disappear it was time to make the trek back to the rope ladder and then swim with the fishes back to the boat. 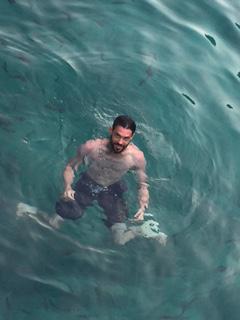 We continued our journey around the island as the sun set. Now, in LA the skies stunning during sunset. Here, in Thailand the Sun is stunning. It goes from yellow, to orange to red to pink.

Finally we arrived “home” to a much needed shower. We had much of the Indian oceans salt on us. Dinner and another massage before bed.

After all tomorrow is another boat, flight and back to Bangkok. 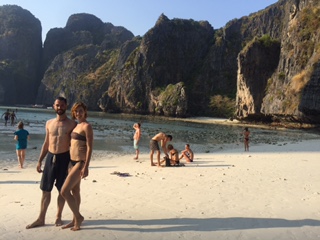