Warning: "continue" targeting switch is equivalent to "break". Did you mean to use "continue 2"? in /nfs/c04/h06/mnt/85310/domains/asthecrowsfly.com/html/wp-content/plugins/jetpack/_inc/lib/class.media-summary.php on line 87
 Kyubei Sushi in the Hotel New Otani Tokyo | As the Crows Fly
Skip to content
March 27, 2016 / brad / Blog 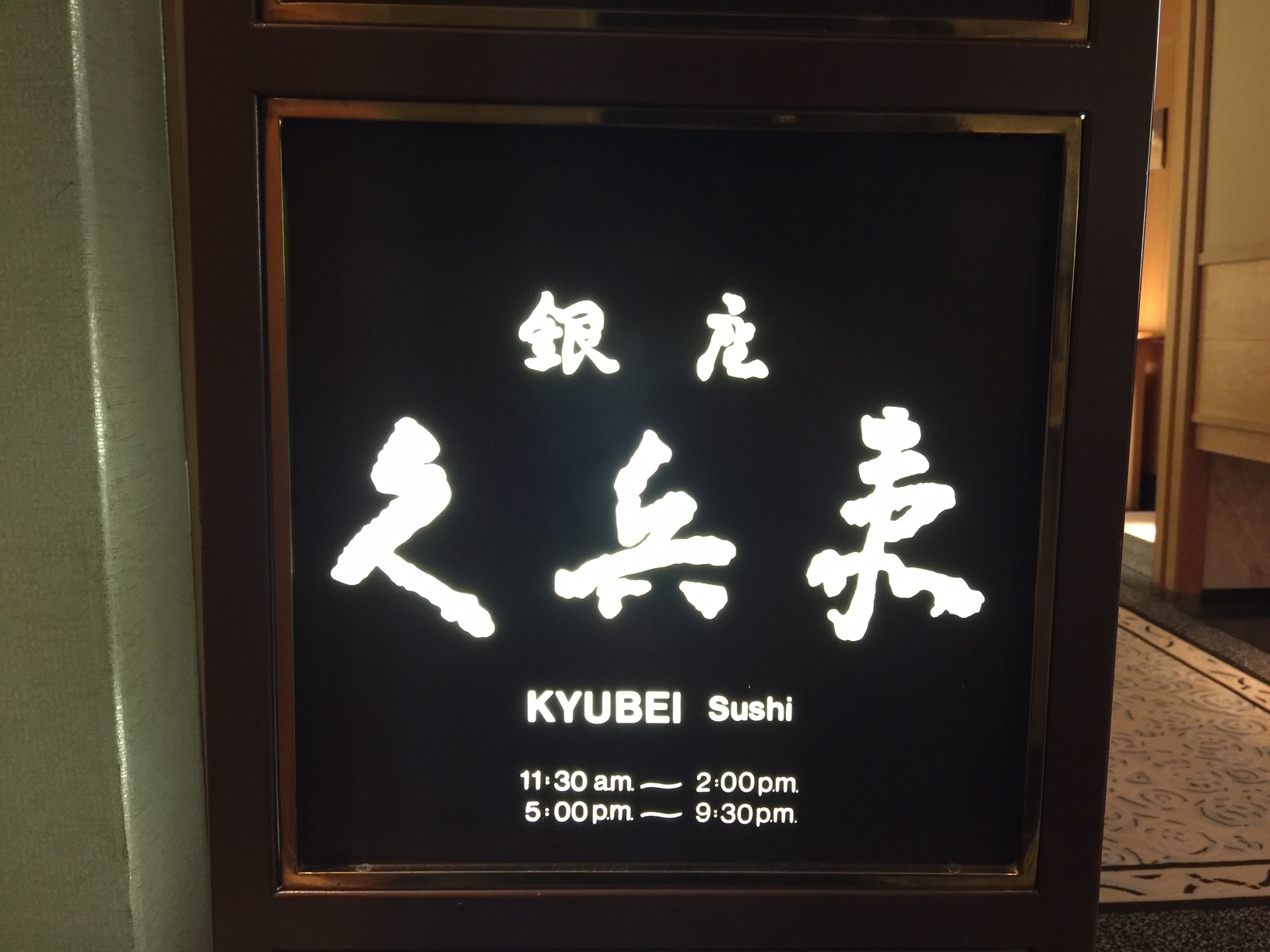 We arrived to Tokyo too late on Saturday morning (after a red eye flight) to make it to the Tsukiji Market as I (Brad) had hoped. And then, we had apparently chosen a holiday weekend to be in Tokyo, so it actually wasn’t open during the three days we we’re there!

After understanding our plight, and knowing that I had worked in a sushi restaurant for years, our maitre d’hotel recommended he make us reservations at Kyubei (Kyubey) Sushi, at the Hotel New Otani Tokyo, on the main lobby floor. He said he knew we would enjoy ourselves there. He was right. 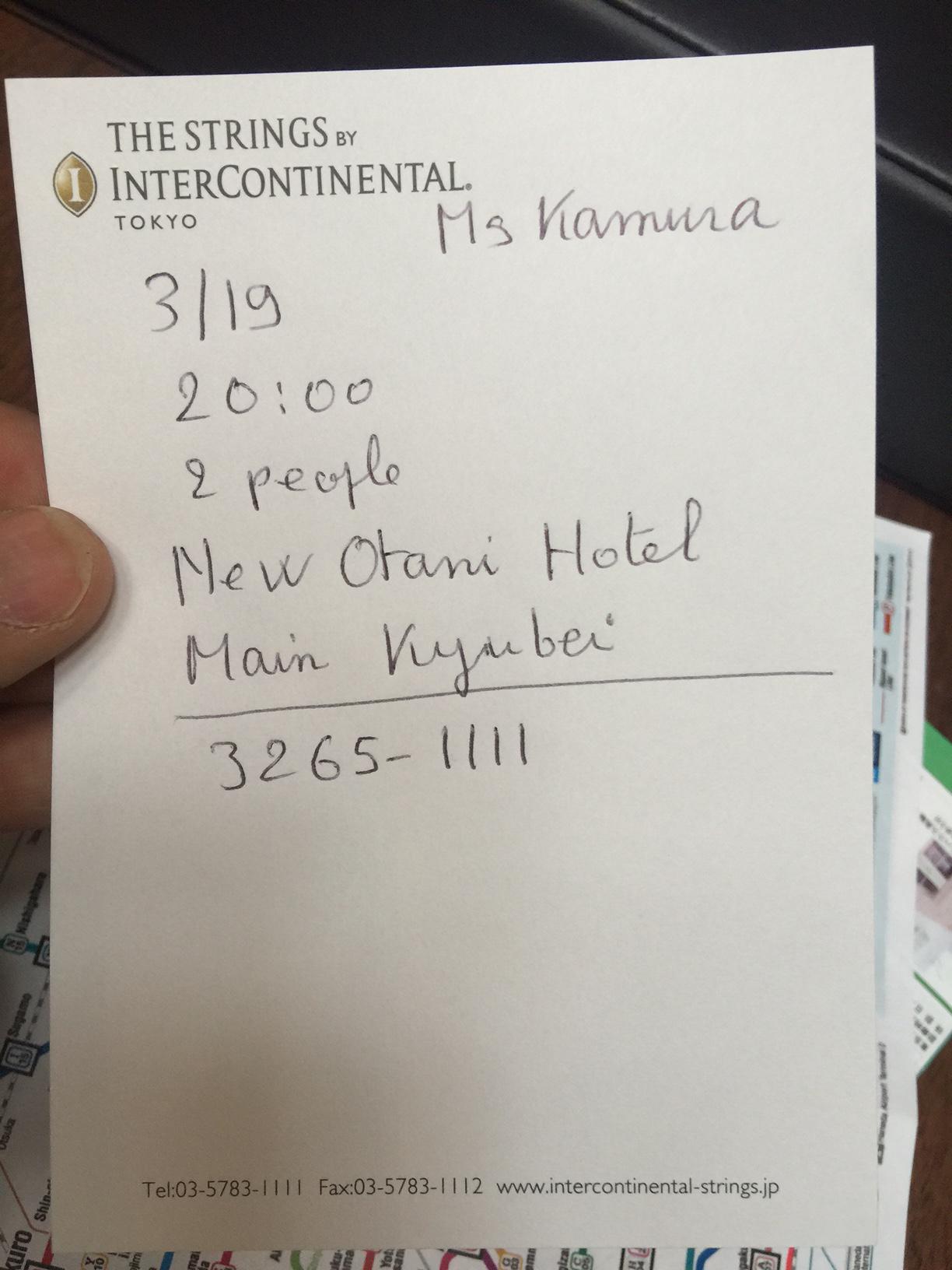 We arrived at the Hotel New Otani and (rather quickly) walked through the 400 year old Japanese Garden. Even though it was dark and dreary, the garden was clearly beautiful and serene. 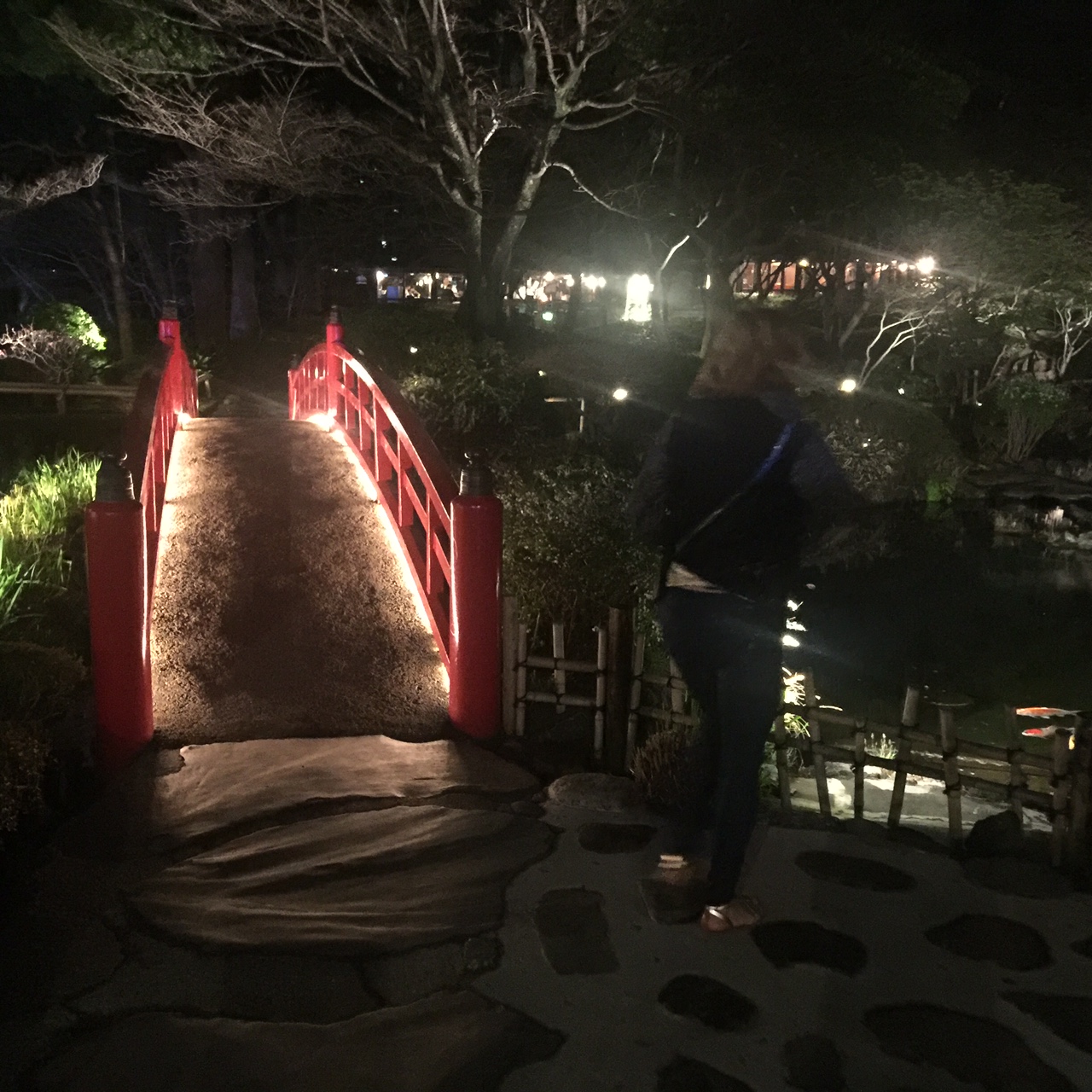 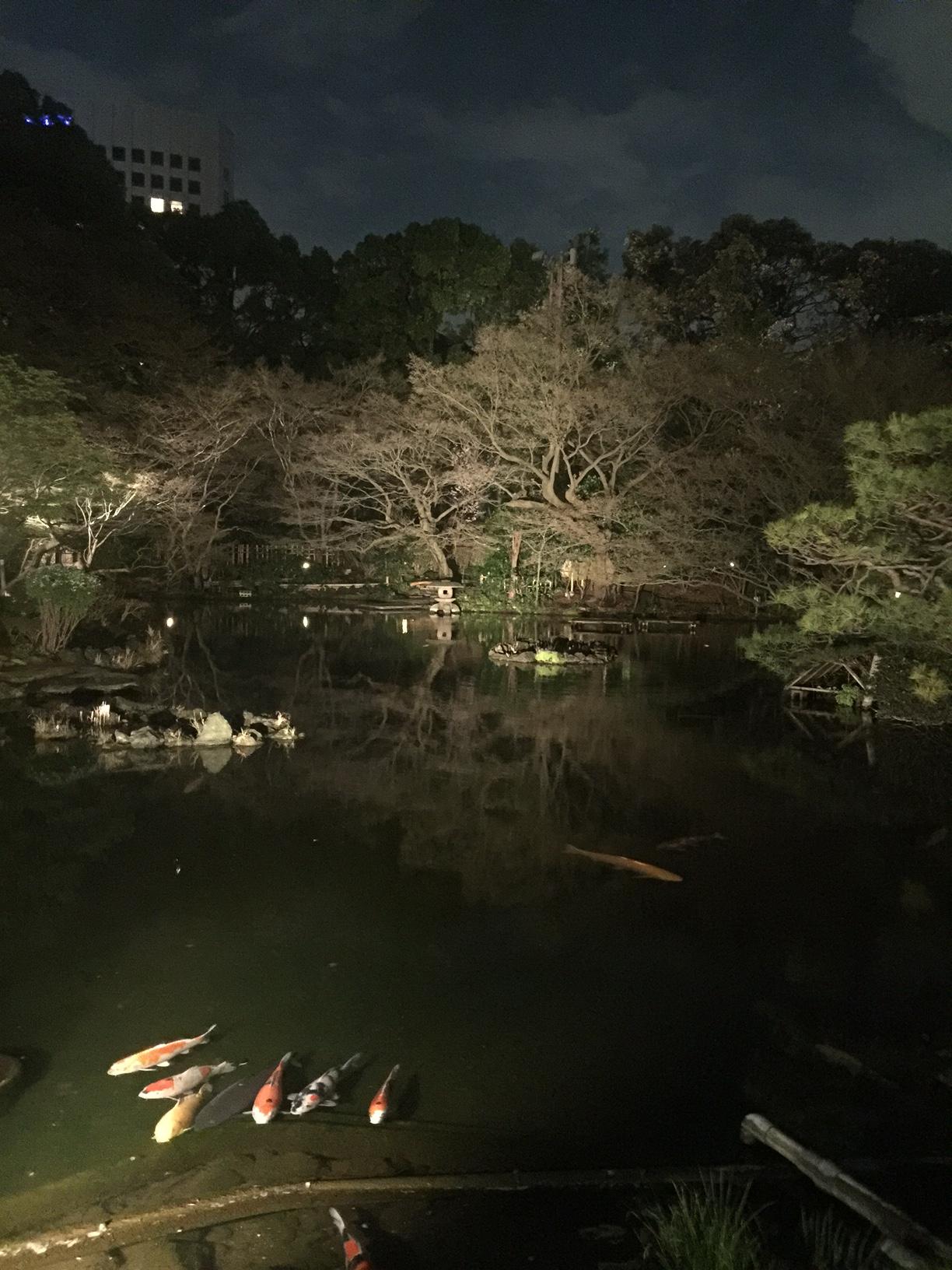 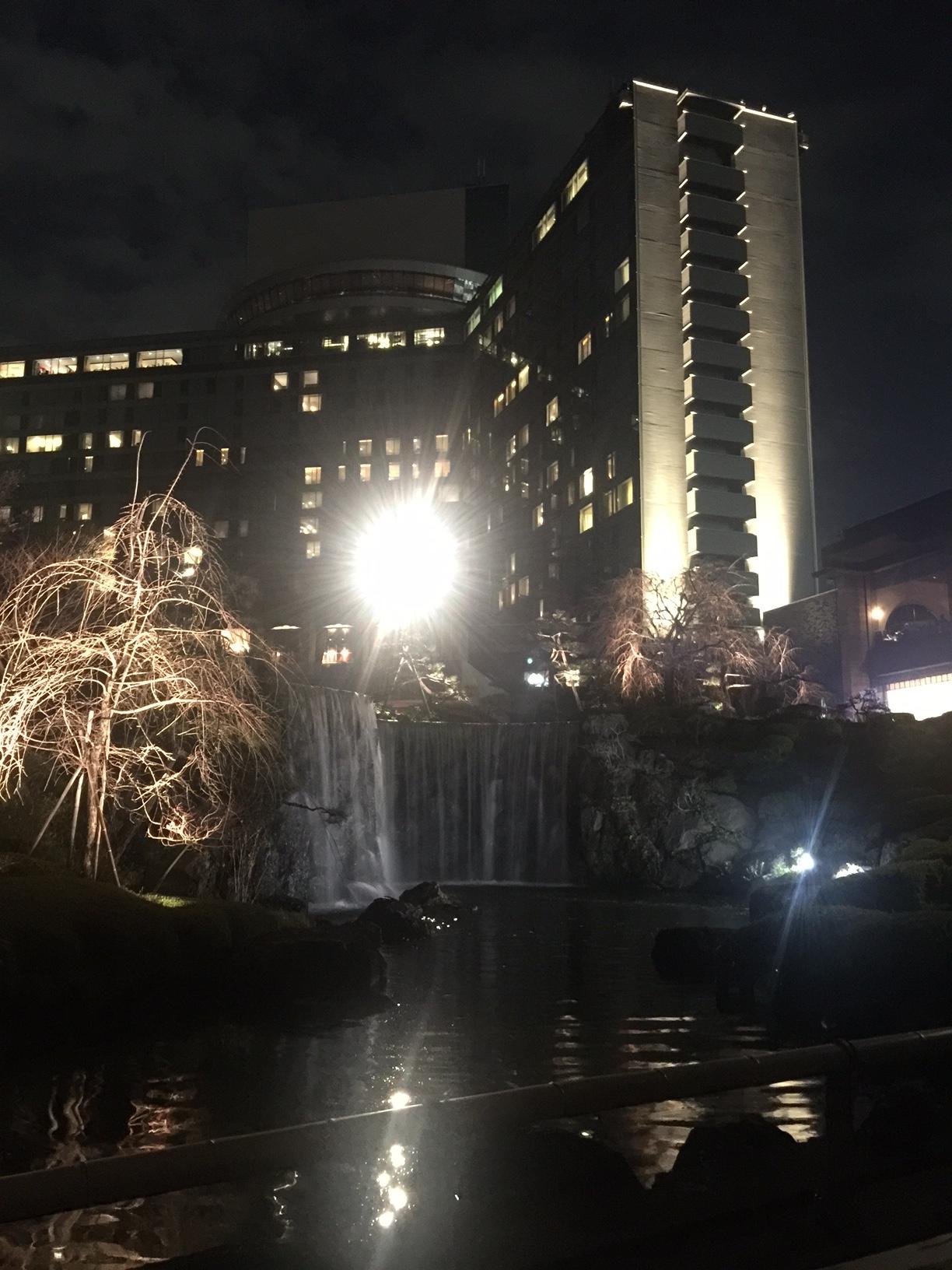 If you want to see some daytime pictures of the garden, click here: http://www.newotani.co.jp/en/tokyo/garden/index.html

After that we made our way into the restaurant. 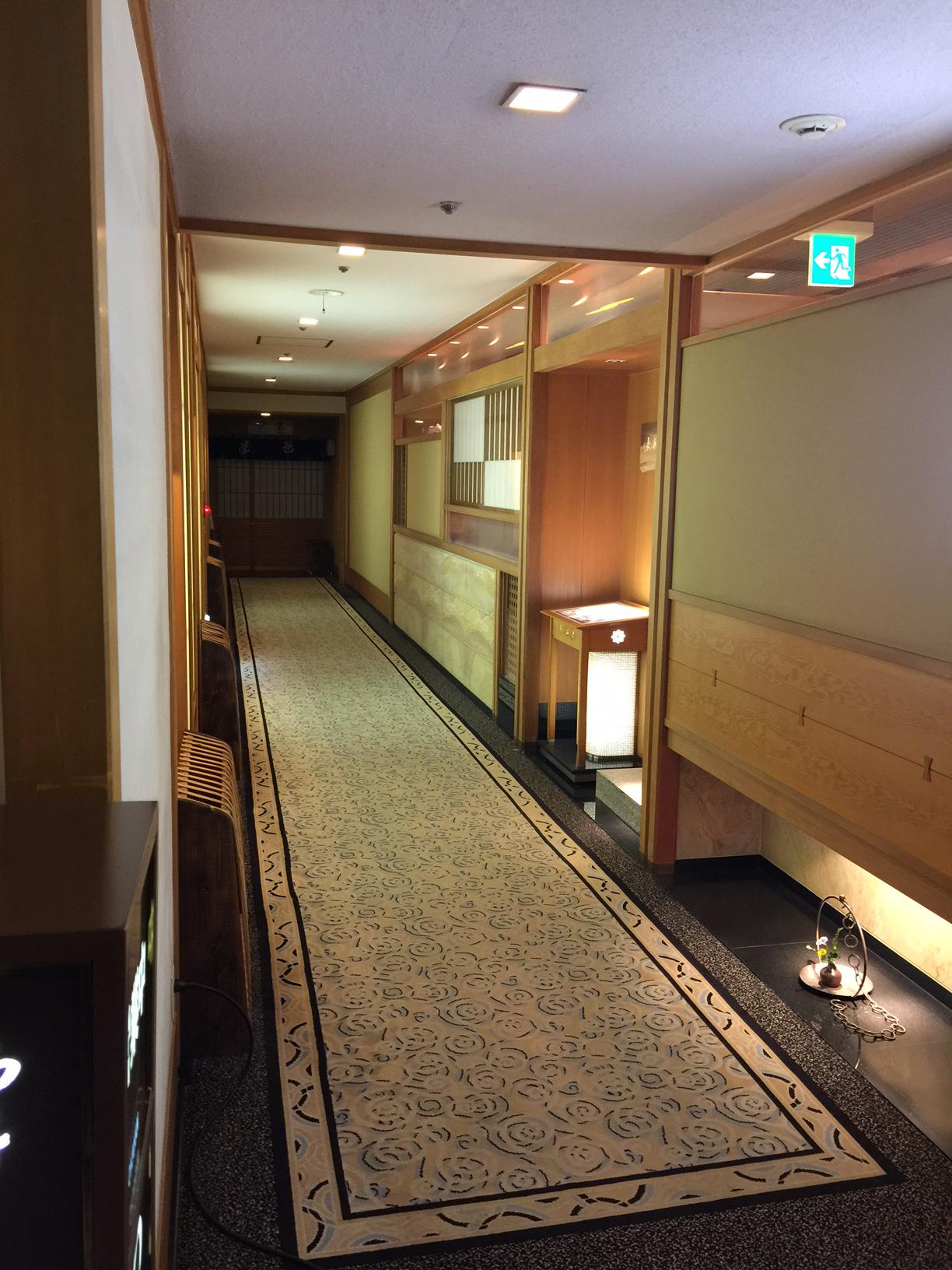 We were greeted in the traditional way, by a chorus of chefs, and were seated at the bar. 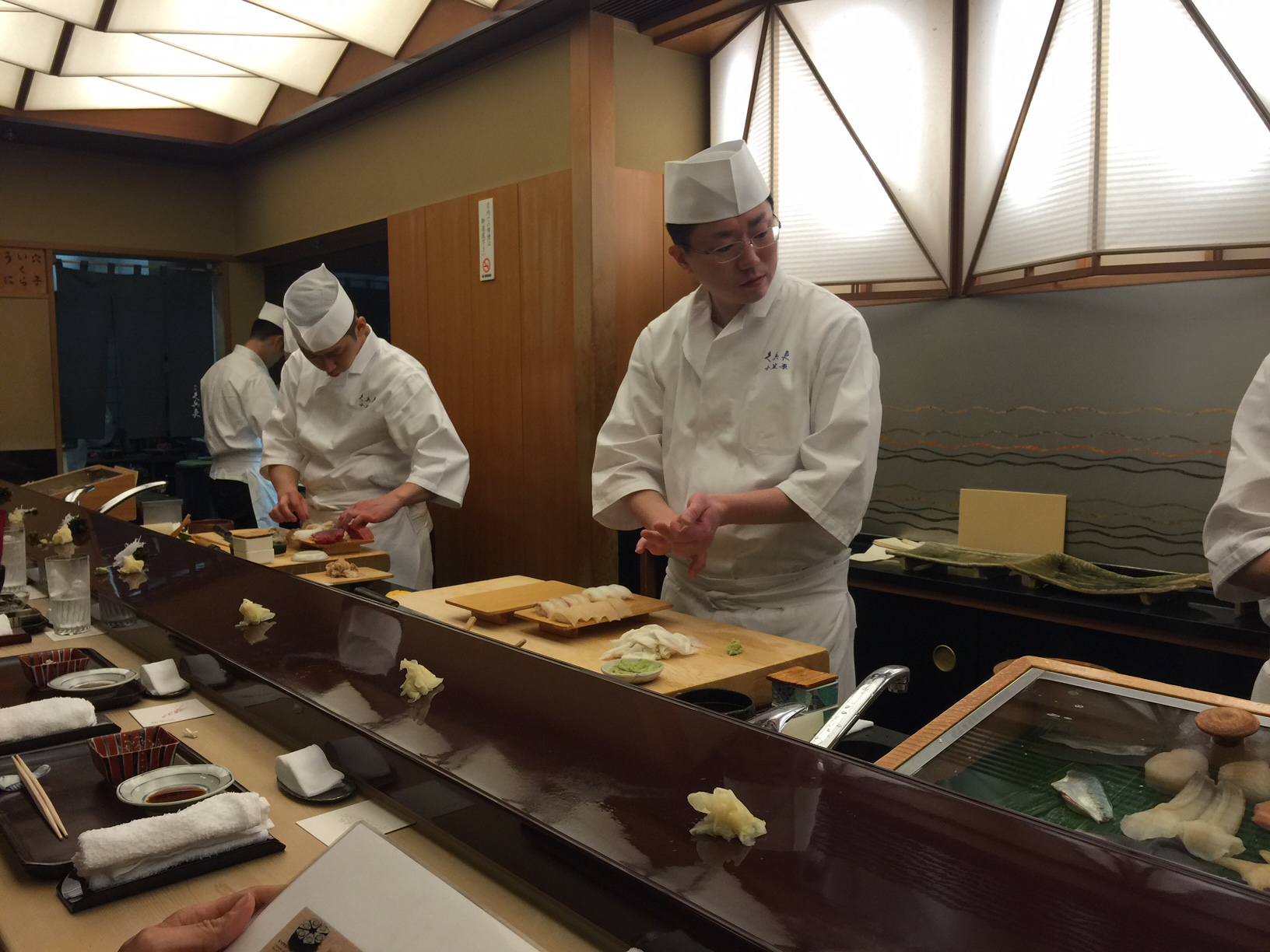 Since it couldn’t have been more obvious to everyone that we were English speaking tourists, they handed us a menu with pictures and names of all the fish they offered. 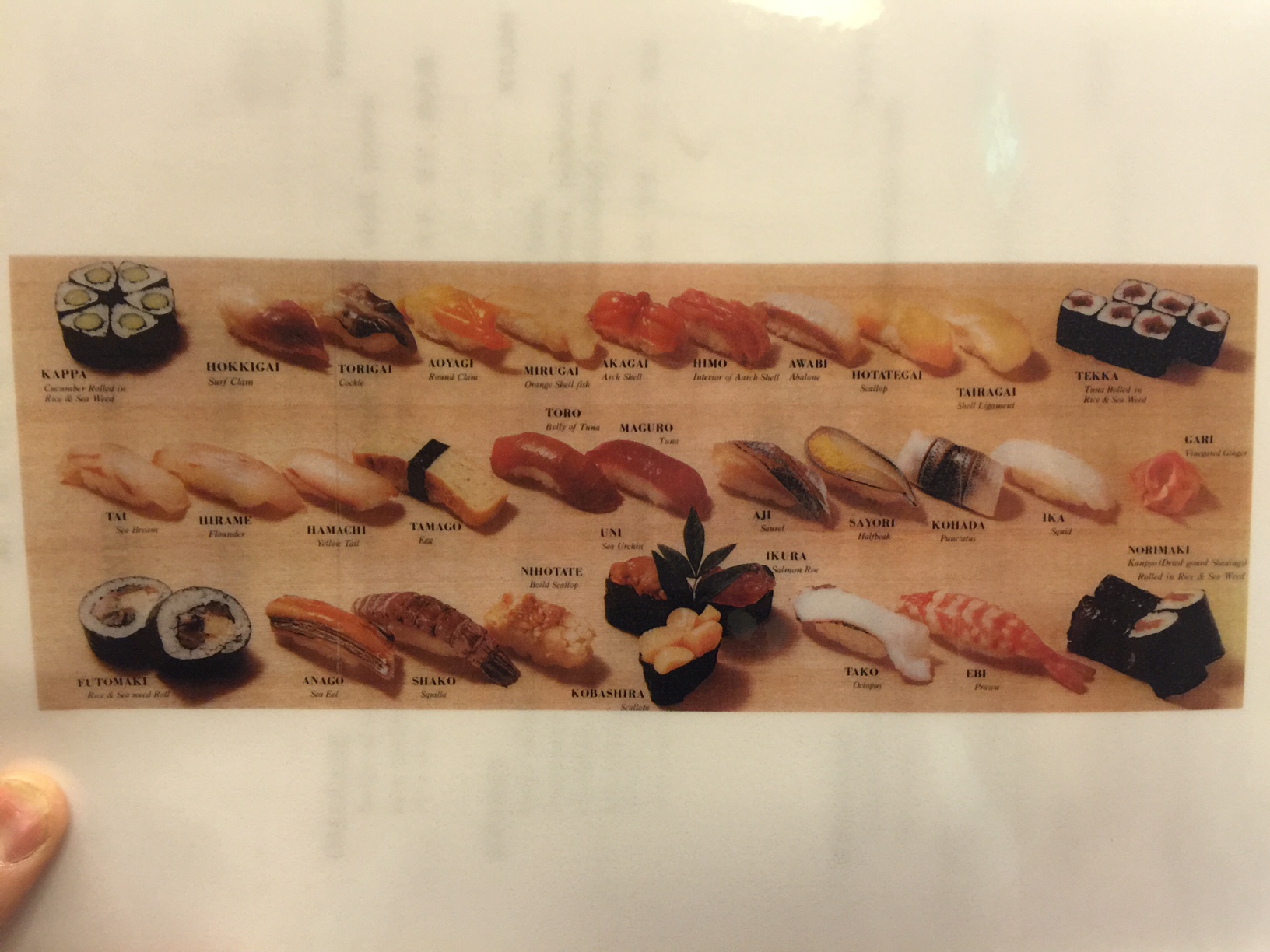 We opted for the Omakase meal, which translates to, “Chef’s Choice,” although they didn’t stray too much from what was outlined on the menu.

Regardless, it was some fantastic sushi. The quality of the fish was extraordinary, and the skill of cut and artistry of presentation was what I had hoped for. It was so good I forgot to take pictures!

We were served by Chef Ogasawara, who had been working at that location for 14 years.

As we were winding down, one of of the other chefs made a Futomaki Roll (literally translates to “fat rolled sushi”). 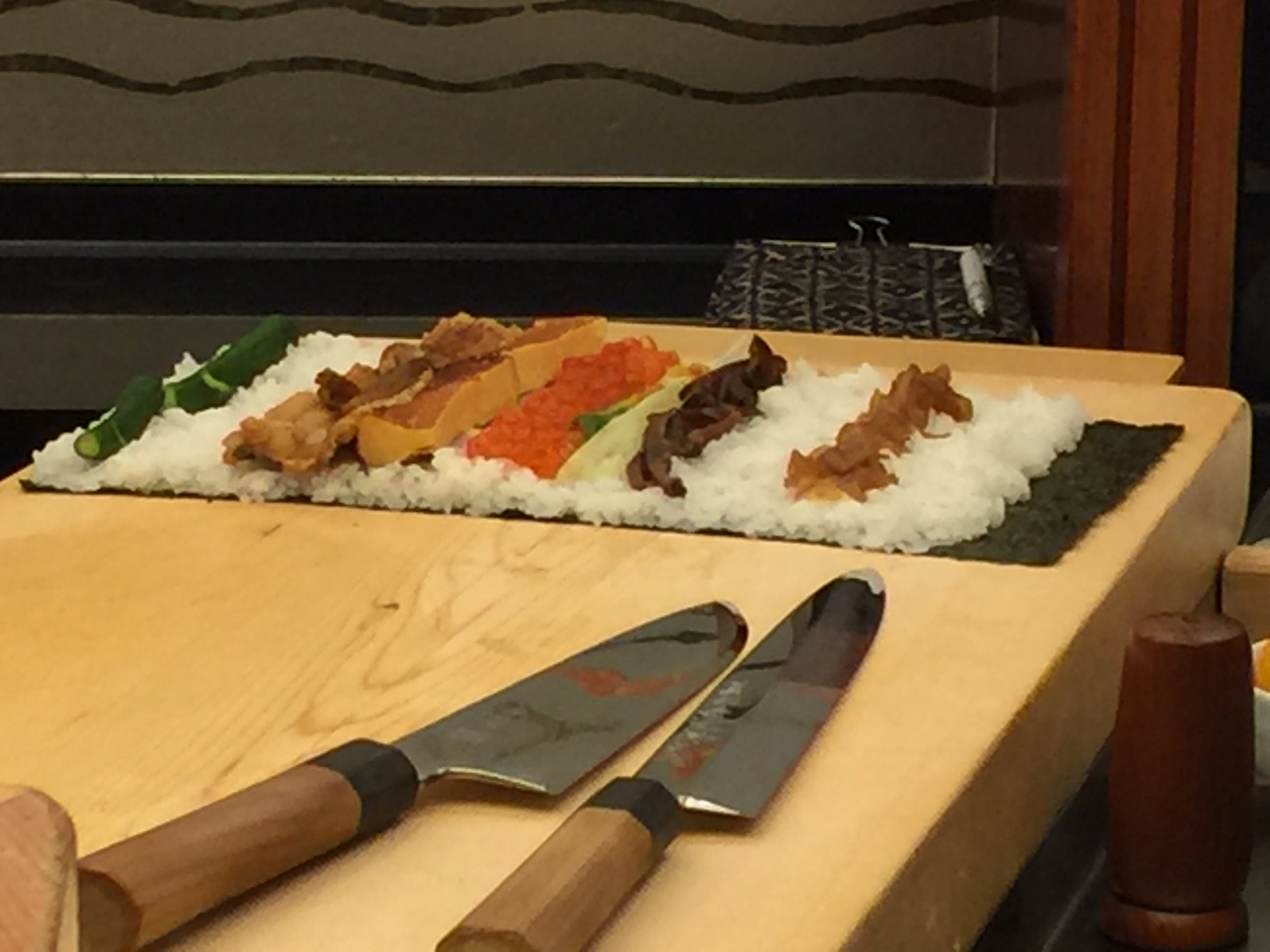 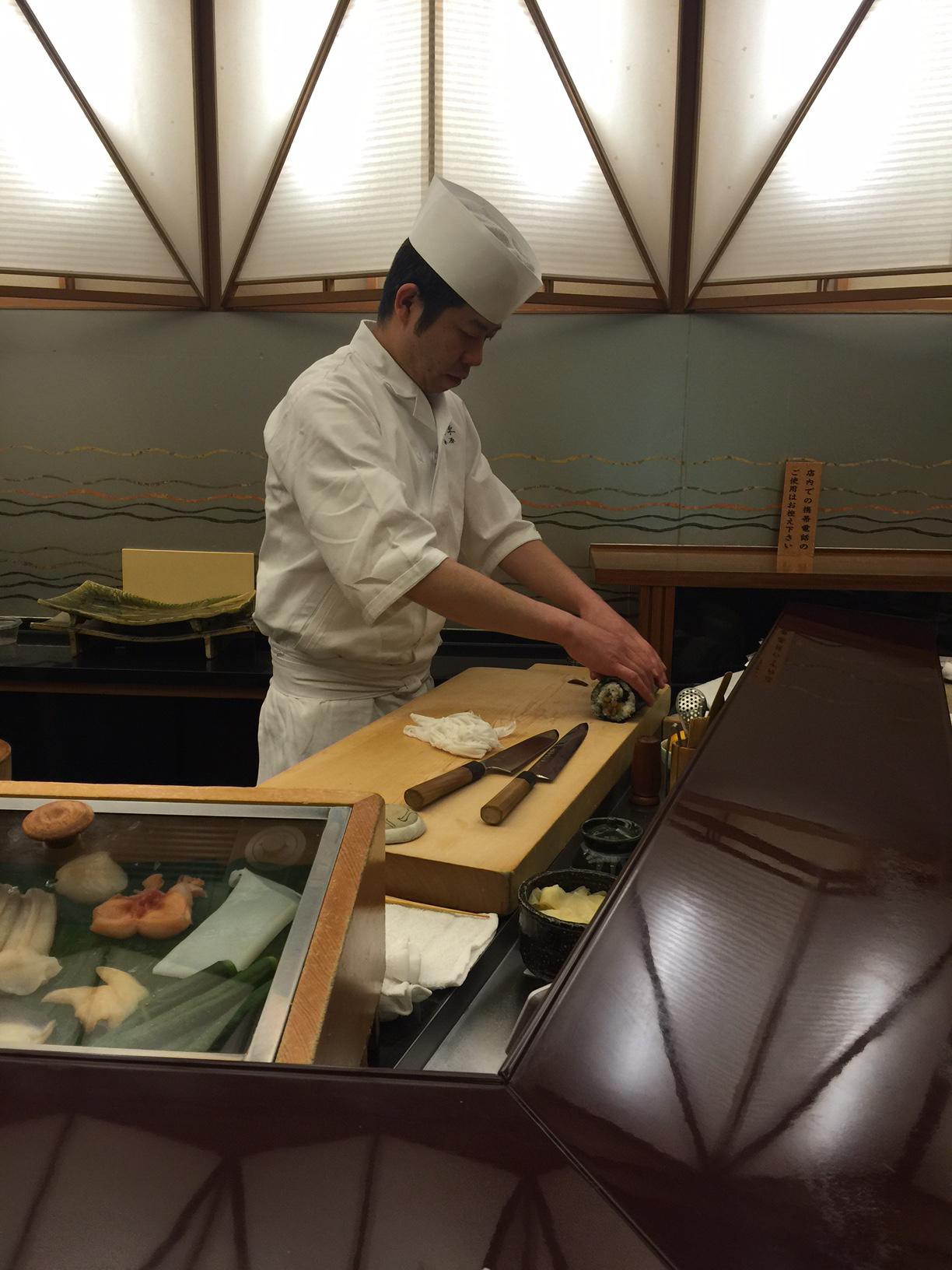 I almost ordered one, but we had been thoroughly fed already. 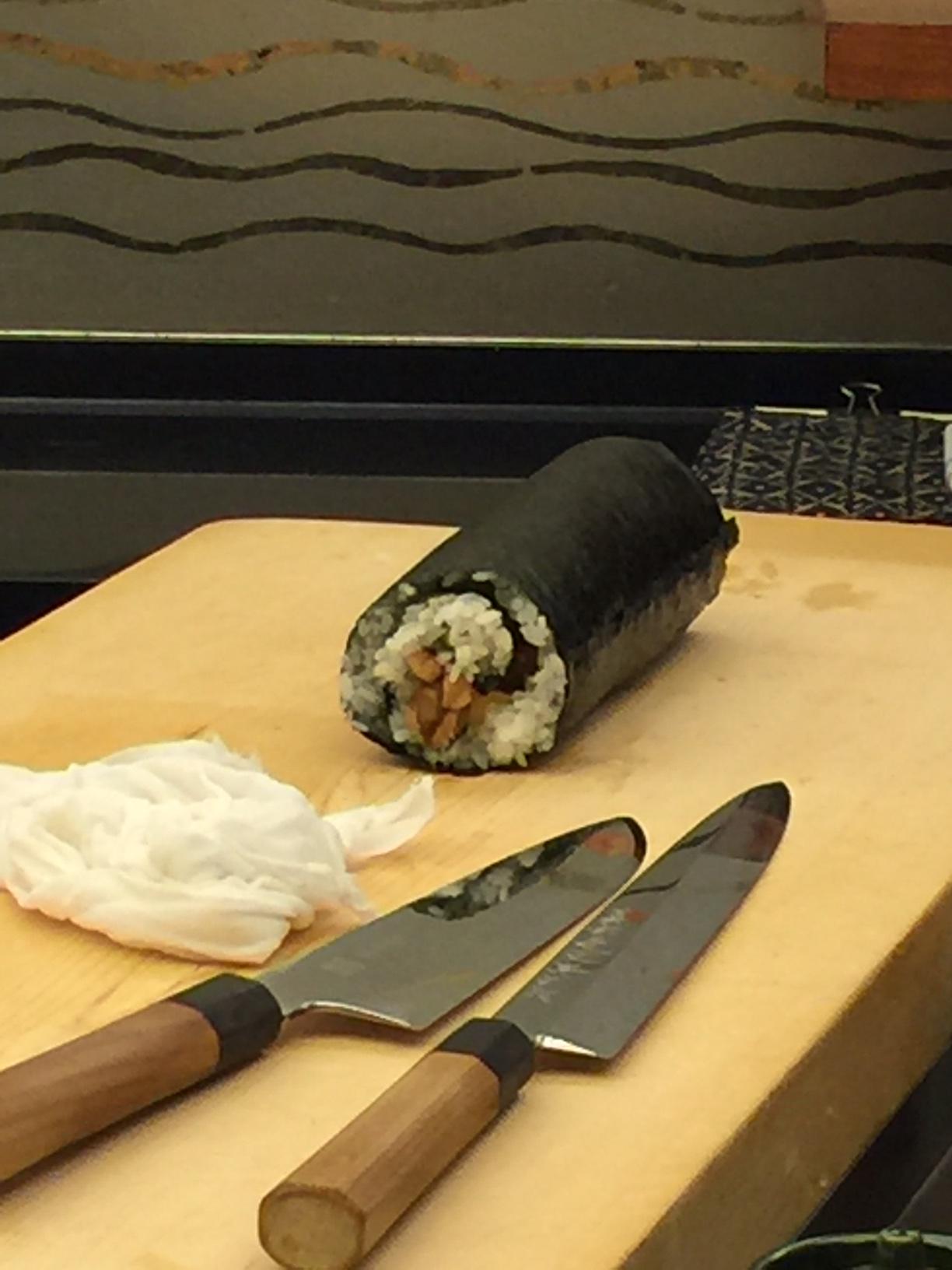 Living in LA, I’ve eaten a lot of sushi. The sushi served at Kyubei was top notch, ultra fresh and delightful. Nothing out of the ordinary or overly innovative, exactly as sushi shouldn’t be. I’d rate it 5 stars.