Enjoy Your Night in Jail

As you probably know, we went up north this year to hang with LL’s family for Thanksgiving. While there, we headed over to San Francisco, as we had previously purchased tickets to tour Alcatraz. It was super cold! Glad we had gloves…

Took us a few minutes to find parking around Pier 39. Some of the parking lots were offering spaces for $40 and $50 for the evening! We pulled into this park-and-pay, found a spot, and were getting out of the car when another van stopped and gave us their pass. Talk about a score! 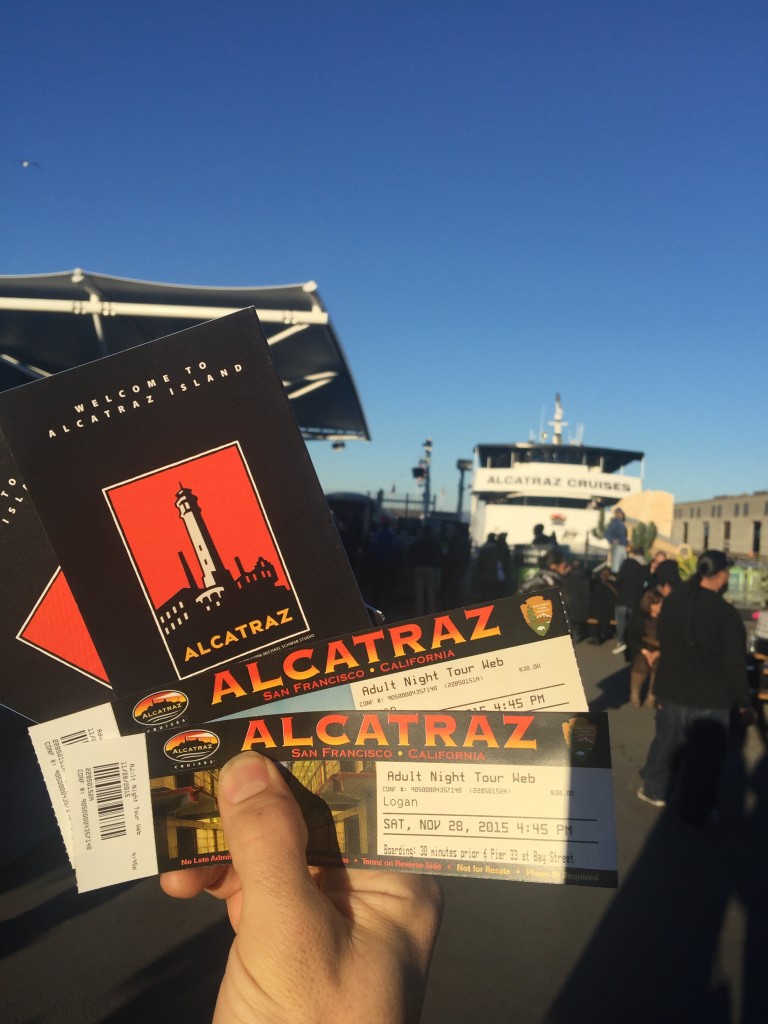 Lesley checking out the model of the island. 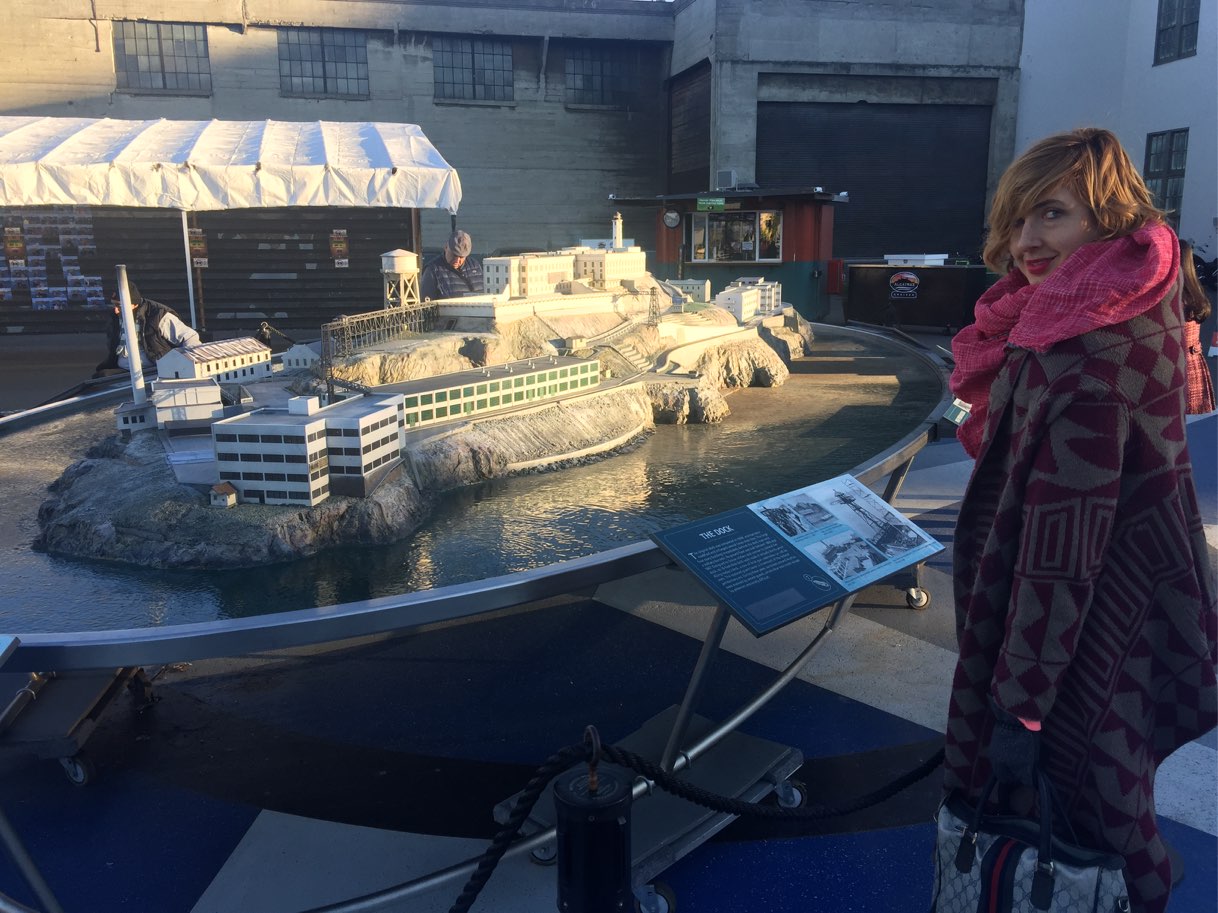 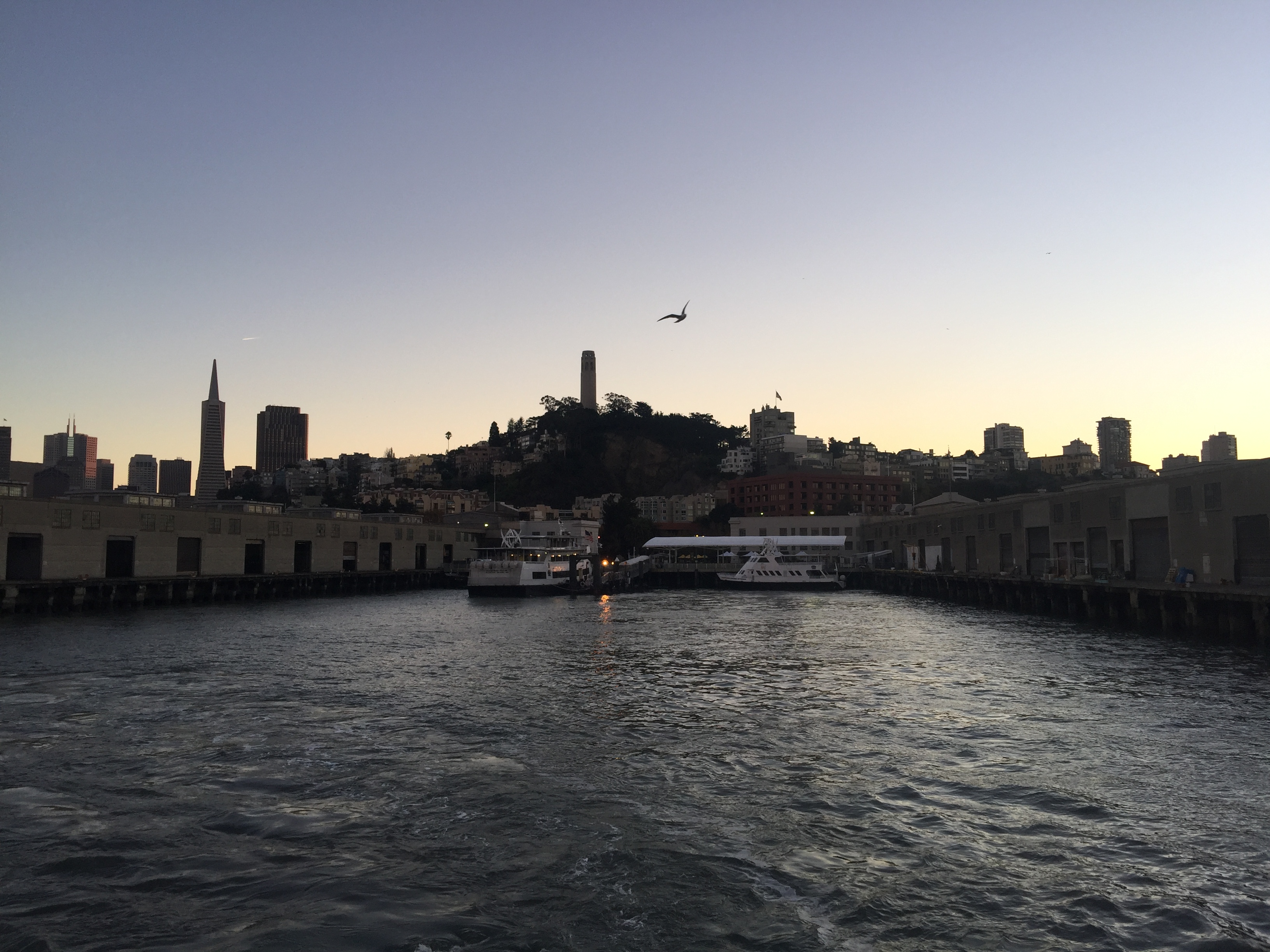 We took a ferry from the pier out to the island of Alcatraz, seeing the Golden Gate Bridge on the trip. 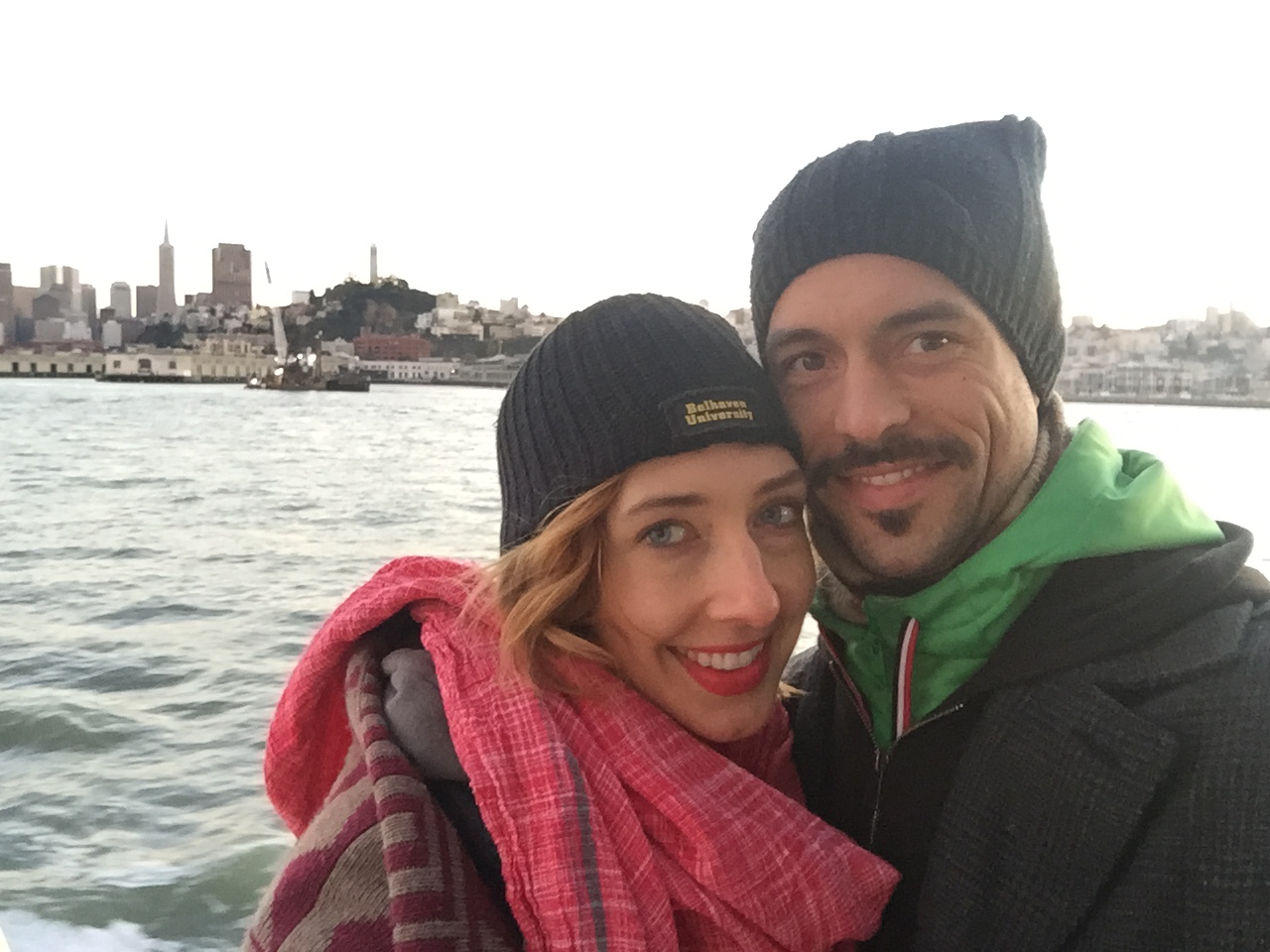 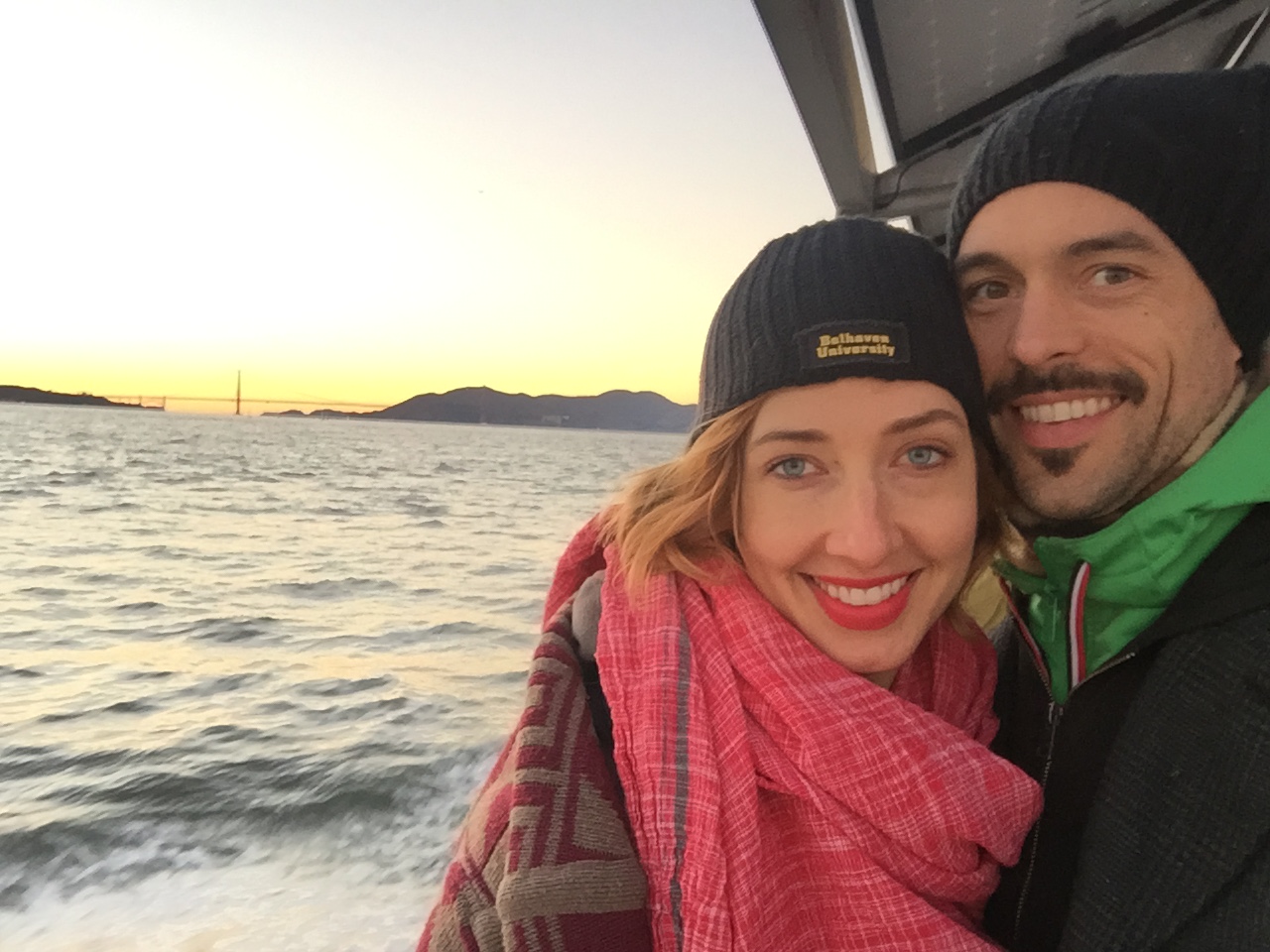 Up close and personal with Alcatraz Island. 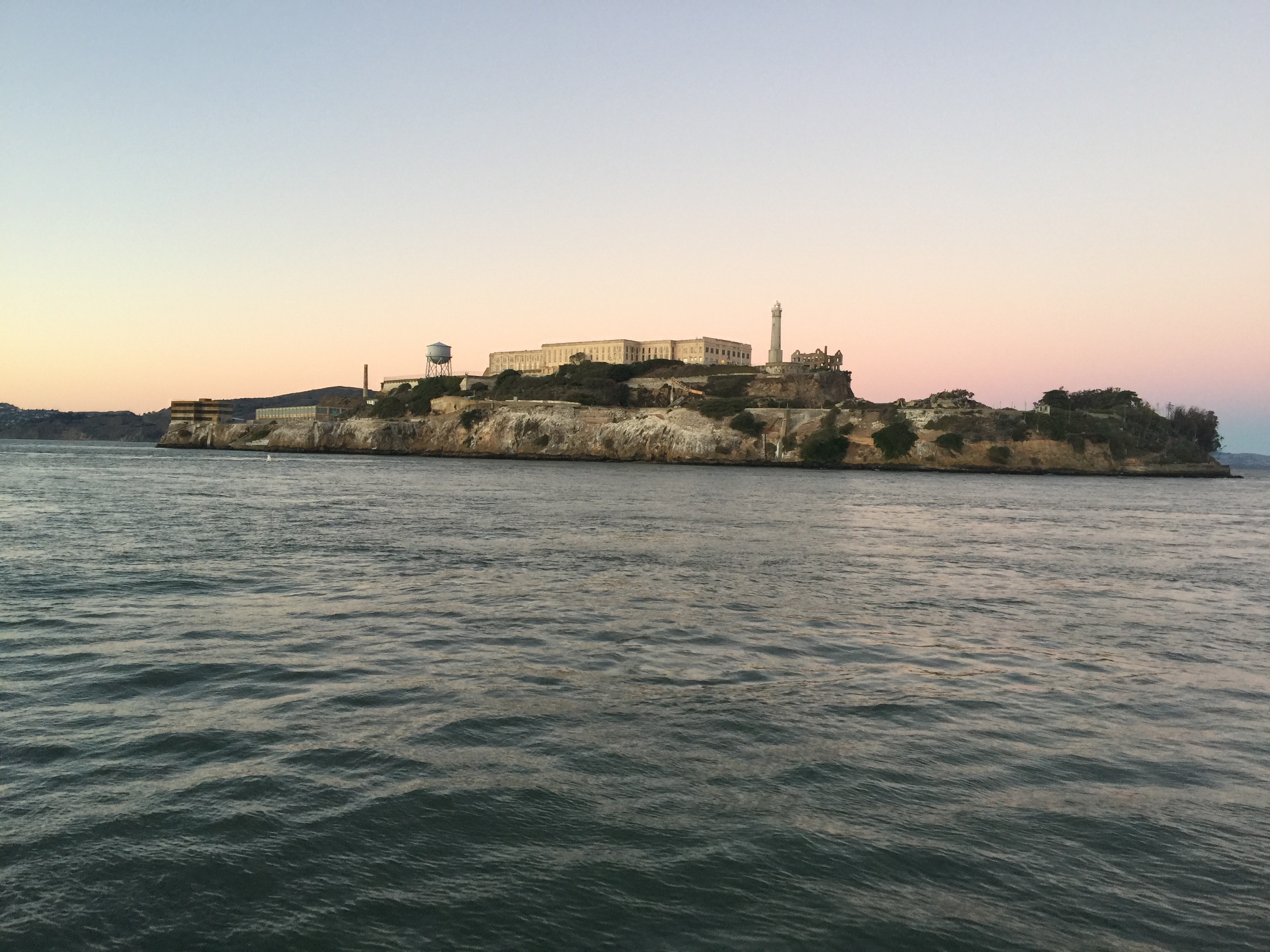 Click the two images below this to enlarge. They are panoramas of the Golden Gate Bridge and Alcatraz, and the second is the shower room that all the new inmates used when entering the facility.

One of the rows of cells that was shut down. 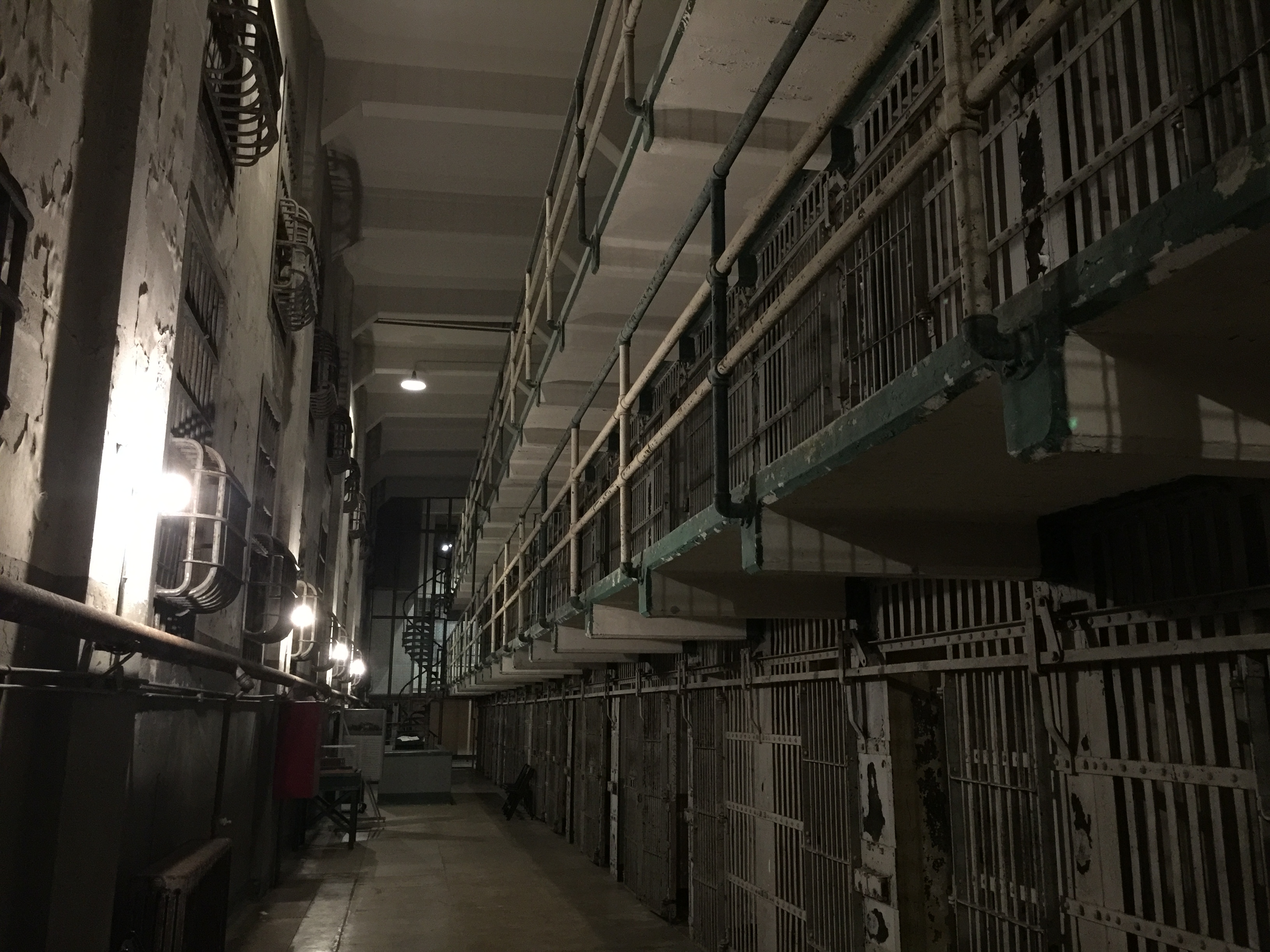 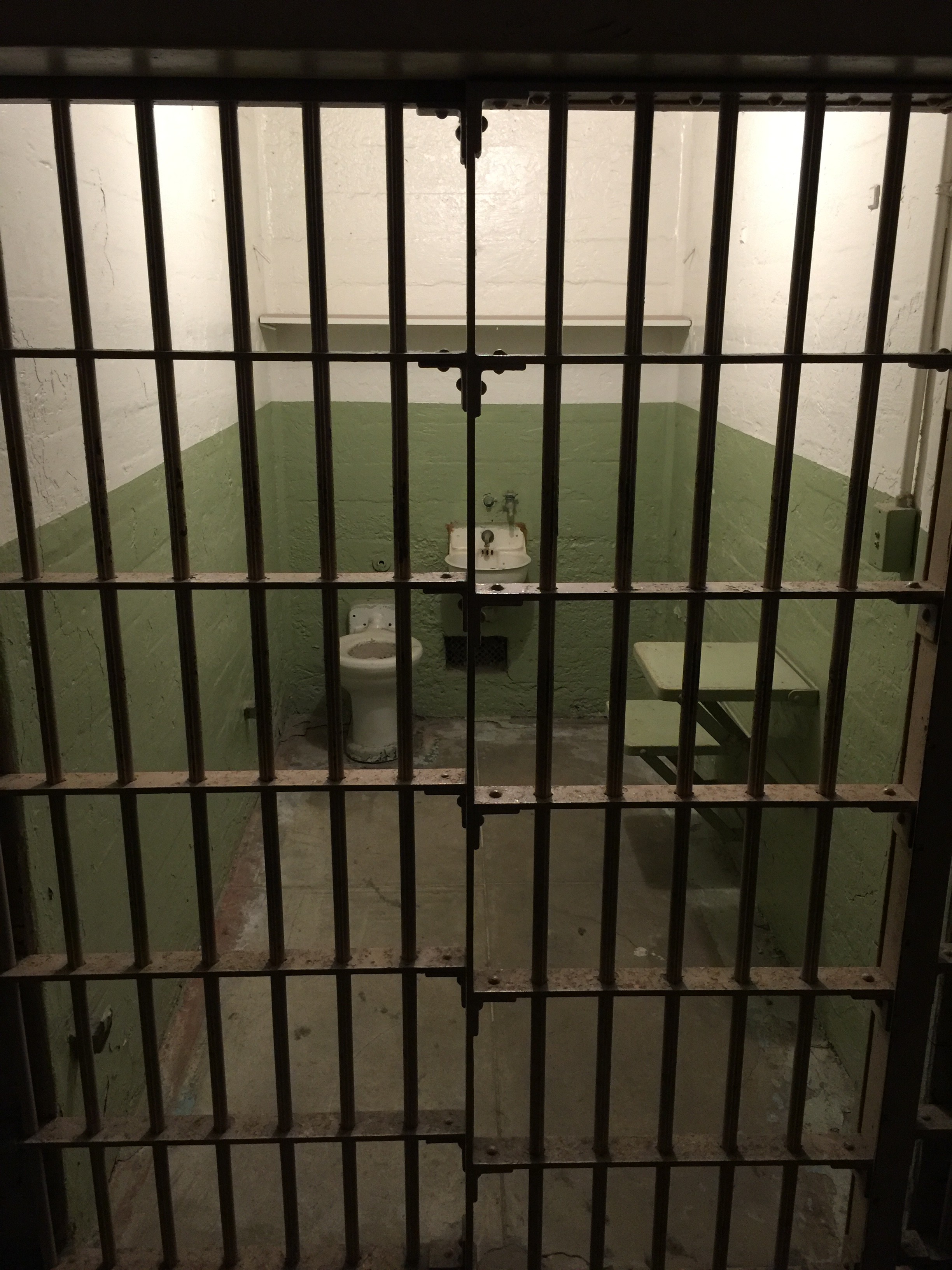 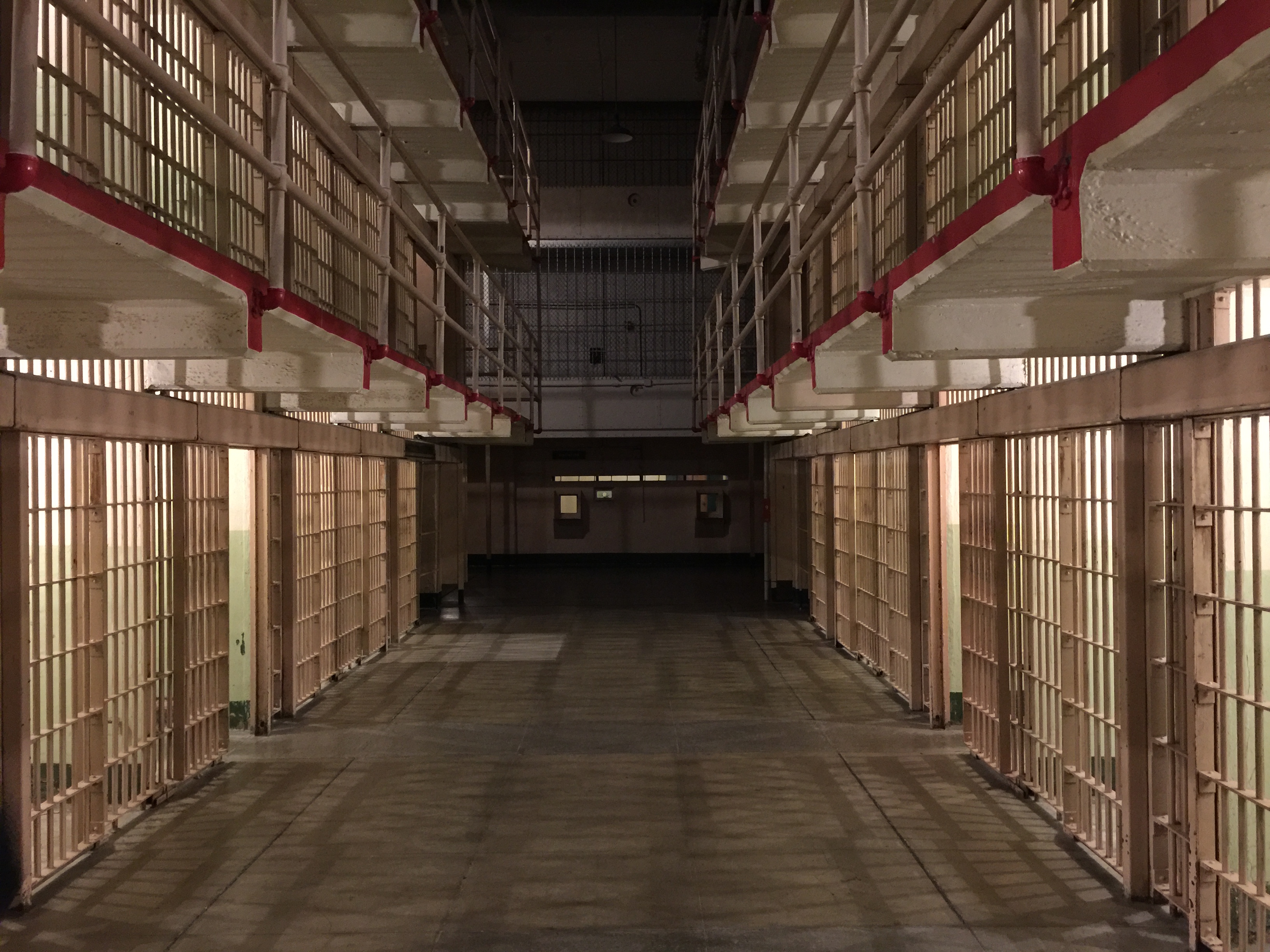 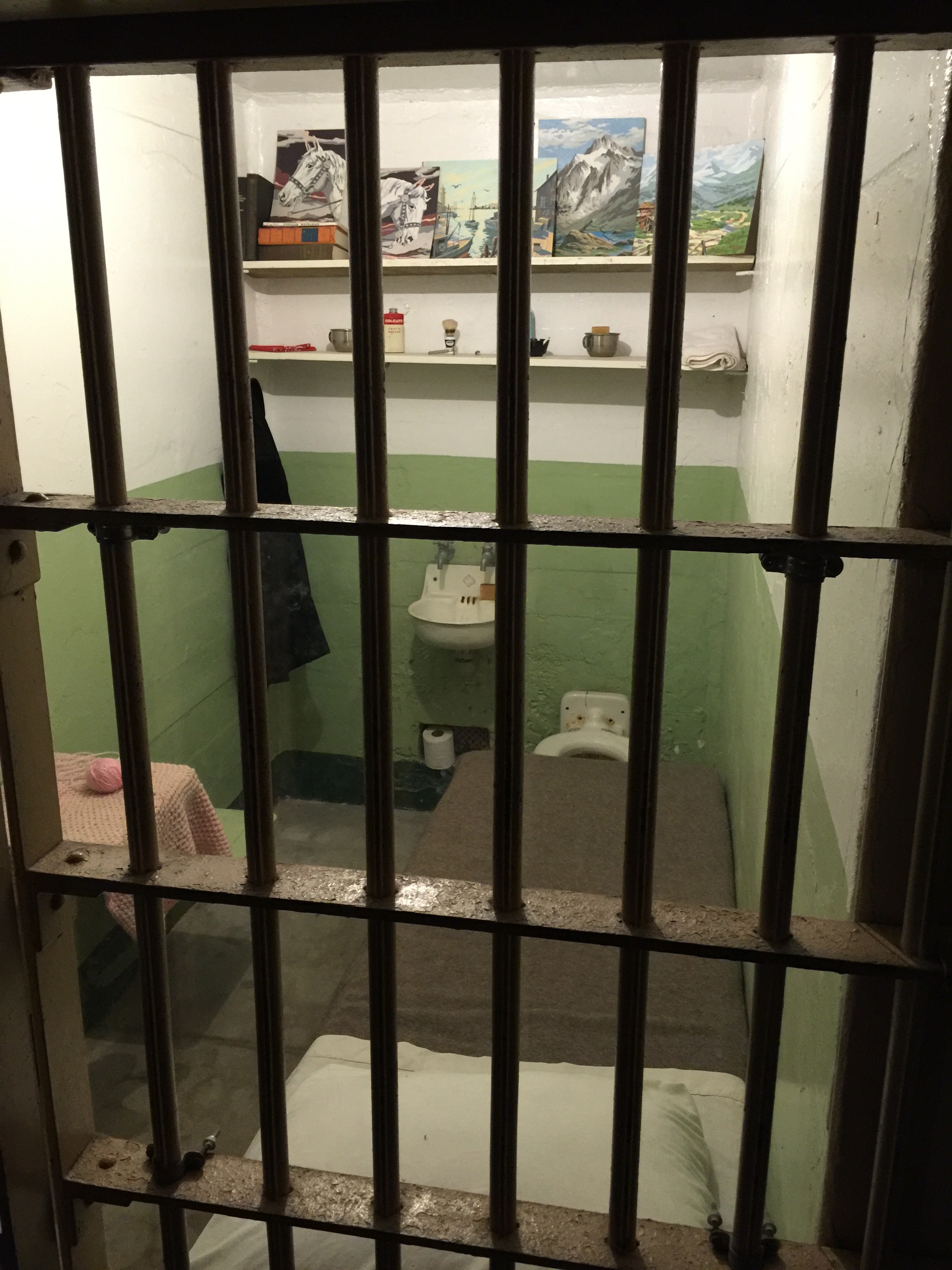 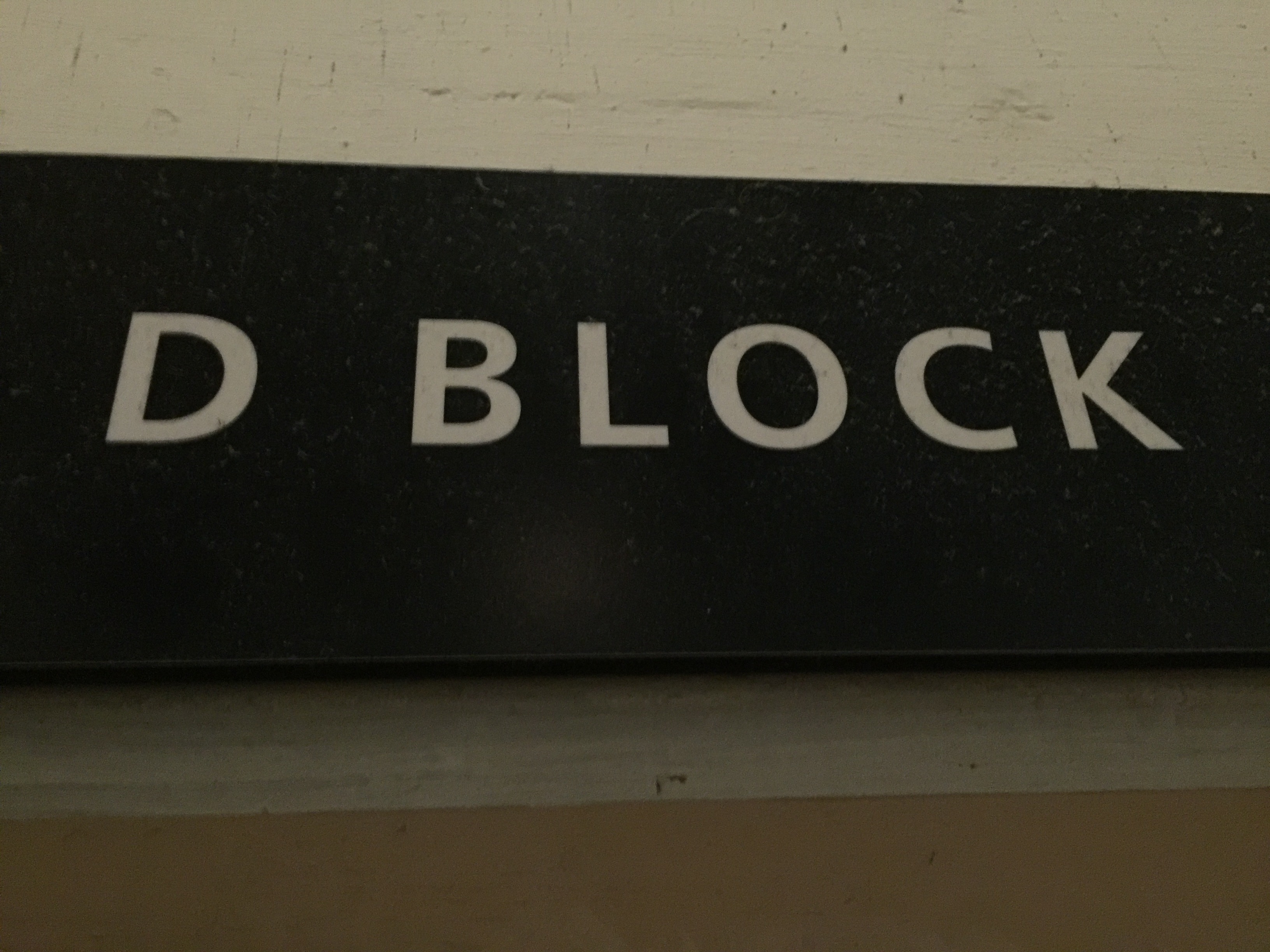 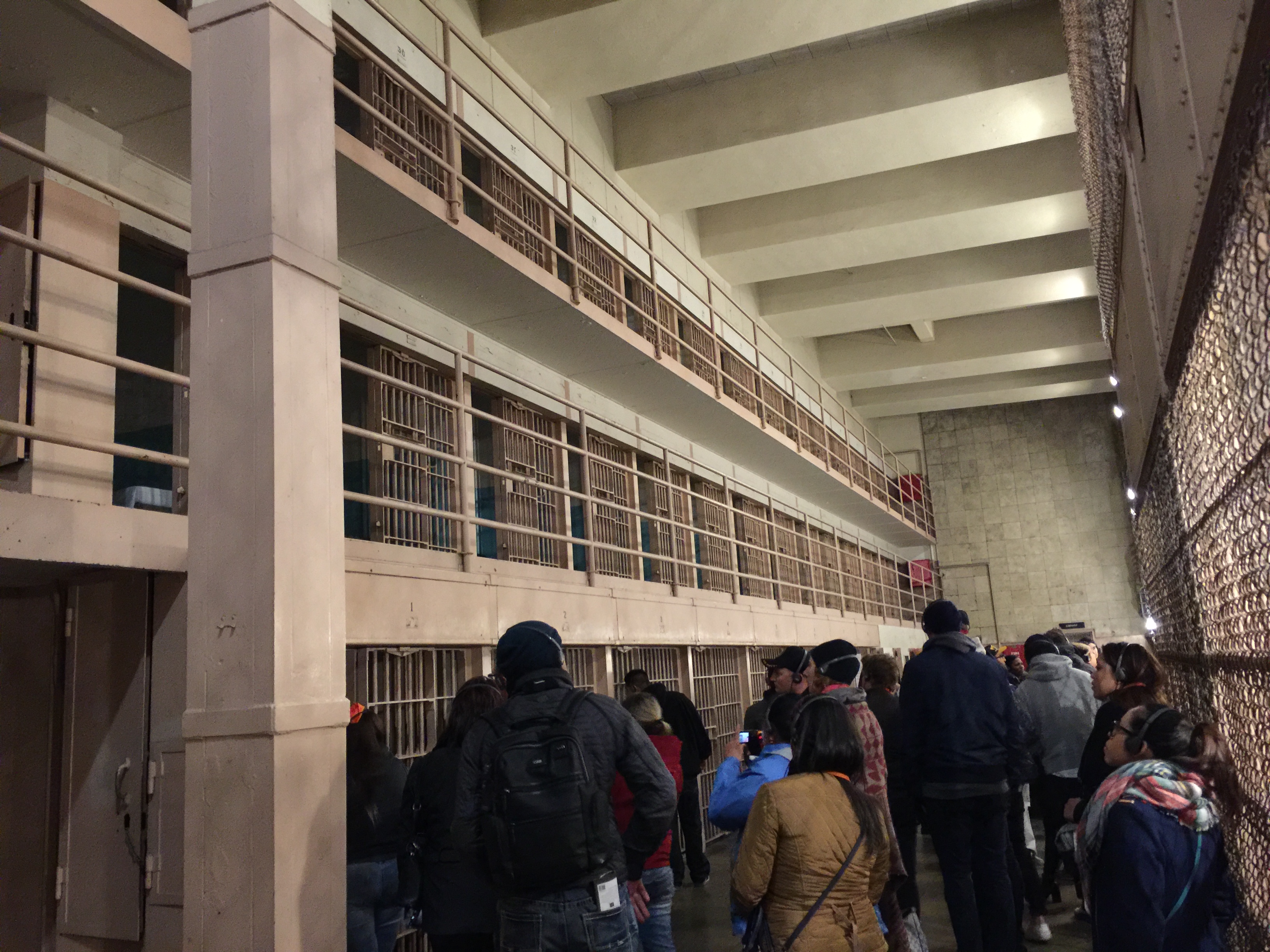 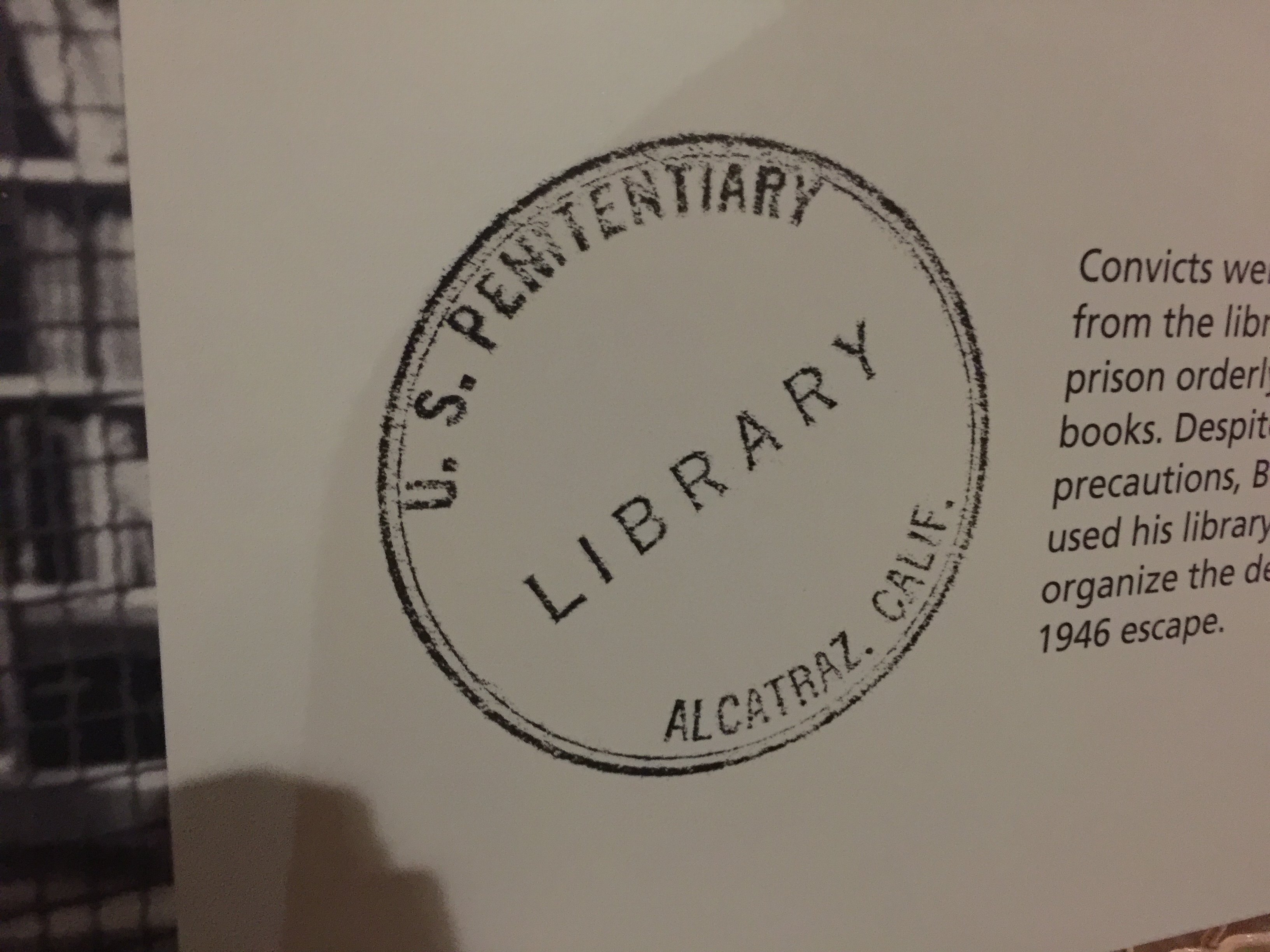 The below pic shows the pock marks left by grenades that were dropped through the roof by the Marines who were entering the prison during the famous escape attempt that left many dead (both prisoners and guards). 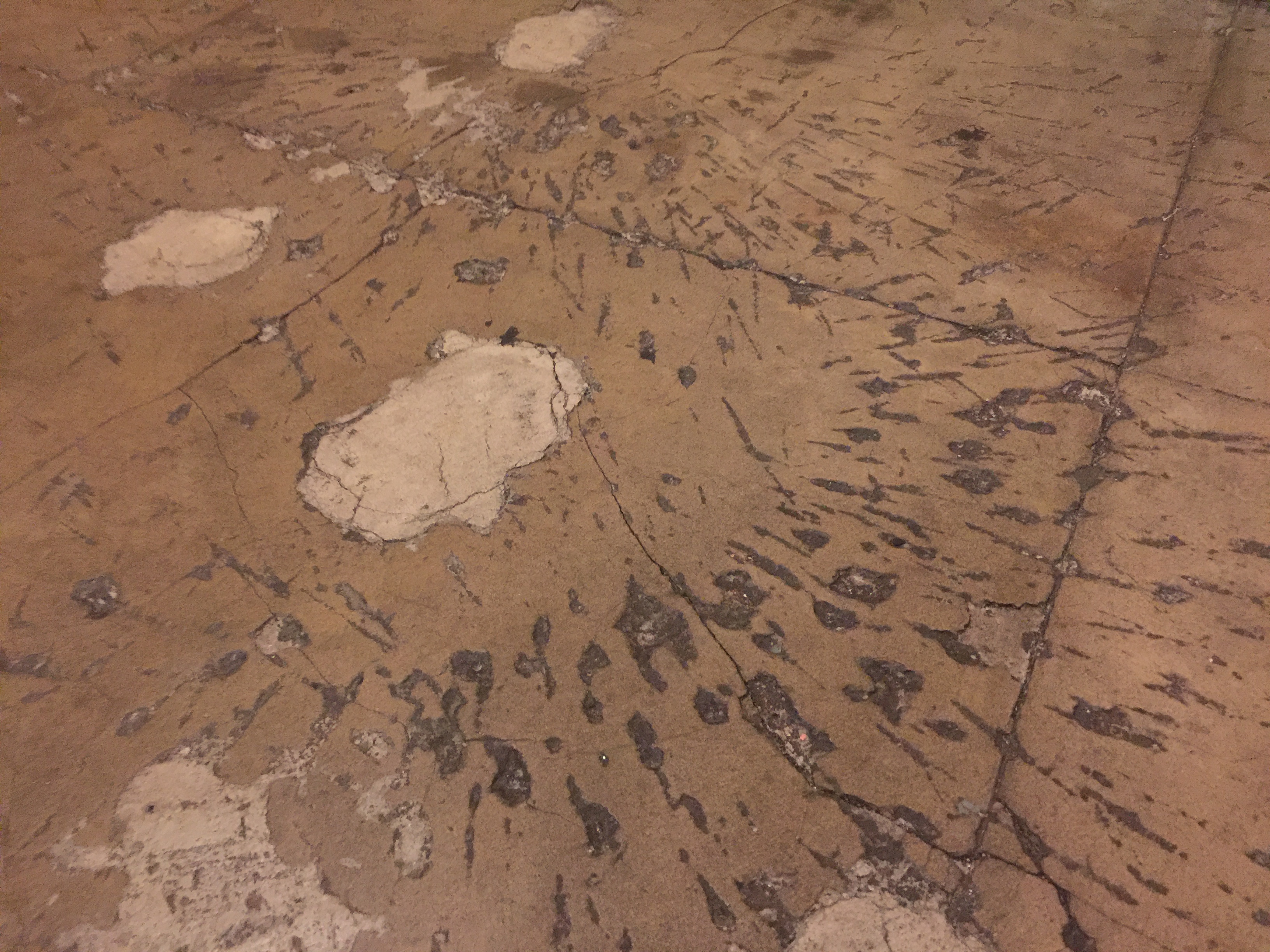 Typically, the Hospital is only open at night. Fortunately, we were there to freeze our butts off, and got to see this little gem. The Birdman spent years in his hospital room. 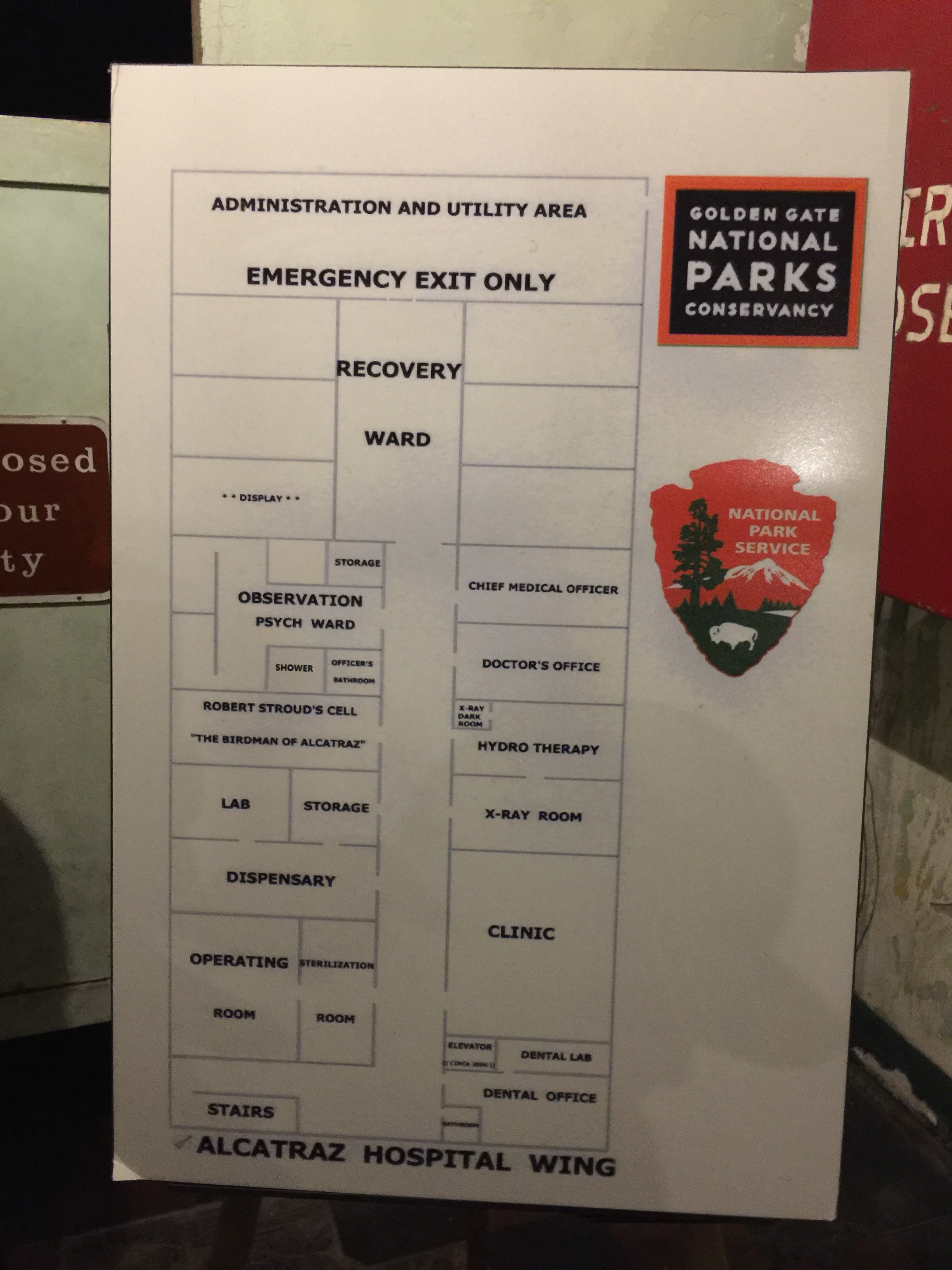 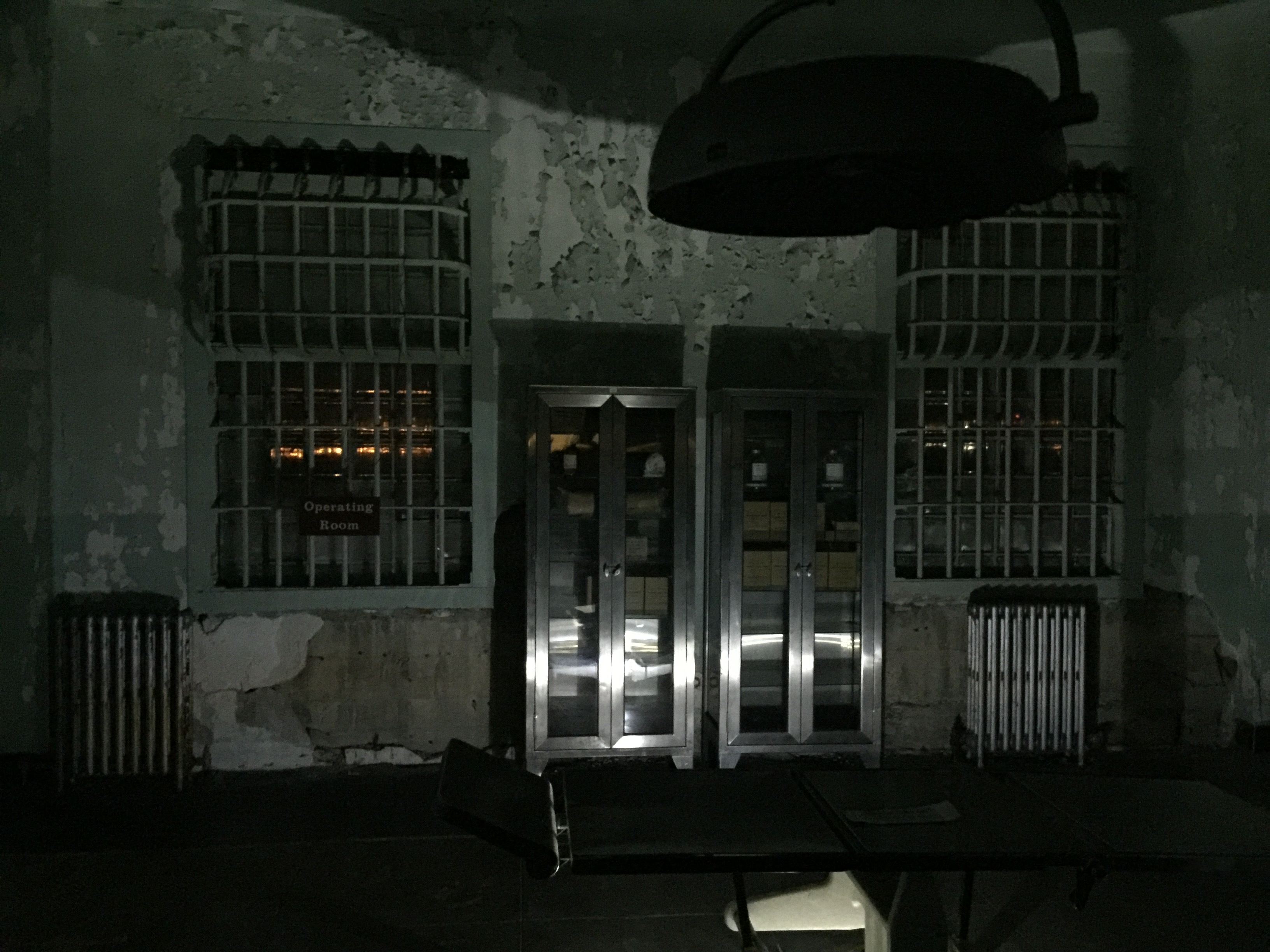 The Bay Bridget to the Golden Gate at night.