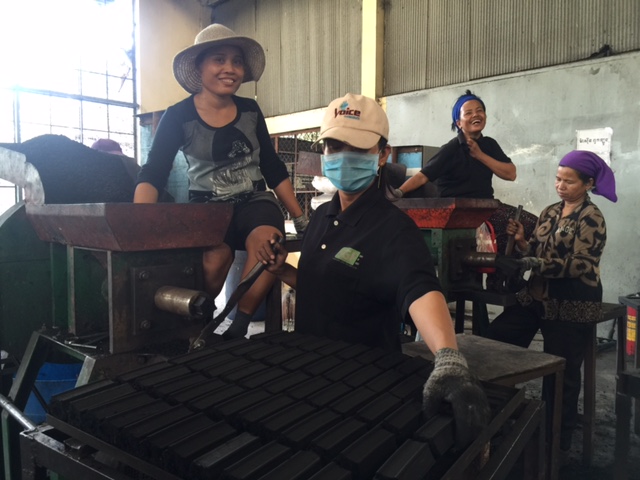 I couldn’t be more happy to reconnect with my long time friend and brother, Carlo Figa Talamanca, and to introduce him to LL. In turn, his father happened to be visiting Phnom Penh from Italy during our trip. Great to introduce the important people in our lives. 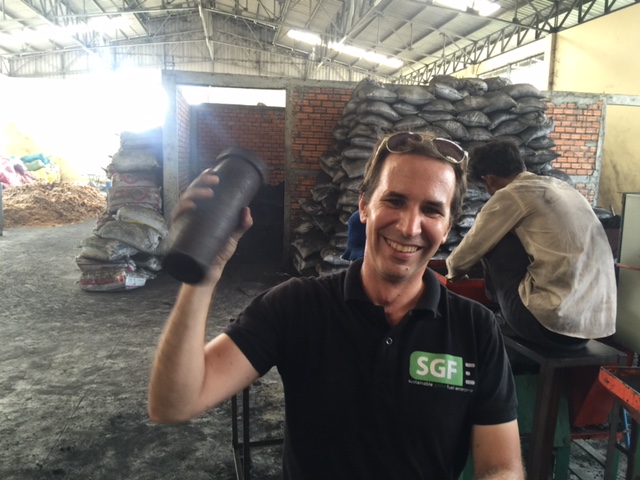 Carlo has been living in this city for 6 years now, and took over a business from a French NGO, after initially being hired as a consultant to help right an otherwise unprofitable business. It took him a year to bring their numbers from negative to zero, and then they wanted out, so he bought the operation from them.

Not surprising considering what one can do with an engineering degree and consulting experience, for it could really have been any product. What makes this product special, is that the number one environmental crisis here in Cambodia is deforestation. Deforestation because the jungles are being illegally logged in order to produce the number one fuel for the people of the country, which is charcoal. It is used in restaurants, street carts and even the homes of the people to cook their food. 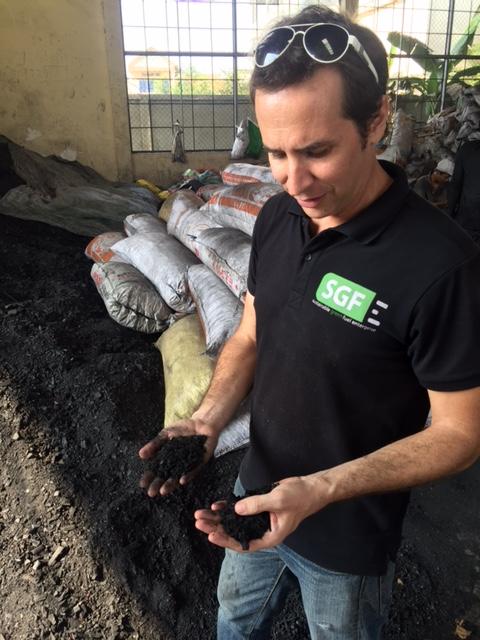 Carlo’s company is called SGFE. Sustainable Green Fuel Enterprises. Instead of using trees or wood, they use coconut shells to make their charcoal. This burns hotter, longer and cleaner than wood anyway, and the shells litter the city of Phnom Penh and the countryside, as coconut milk and meat is already a staple food source here. 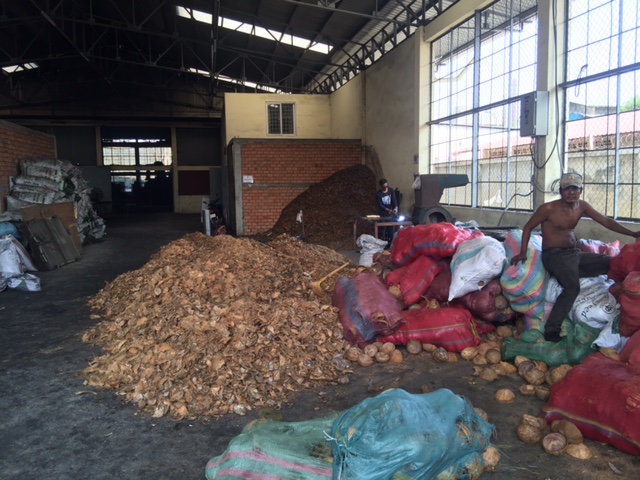 Lesley and I were very excited to get a tour of the SGFE compound, which is guarded by two dogs and an 8 foot high wall with a huge rolling gate. Inside, we met the team of almost 30 workers, who were quite busy on each step of the process, whether carting around the shells, chipping them, burning them or compressing them into the briquettes that you would ultimately use in your stove. 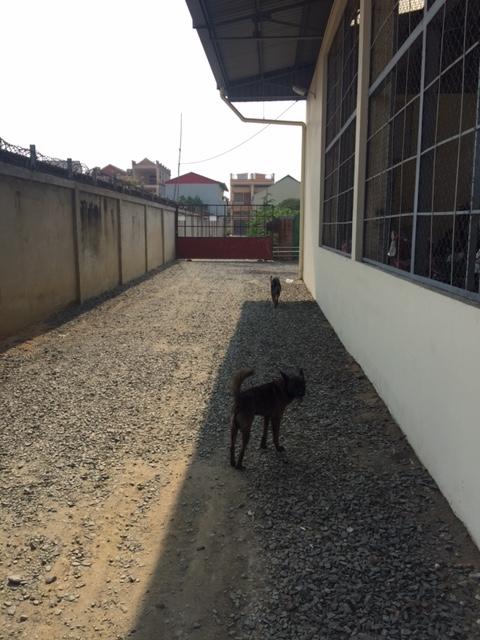 Here are a handful of additional photos:

Another thing that sets SGFE apart from other businesses is that the majority of the workers are former waste-pickers, with children, previously living in the trash dumps. Carlo has set only one requirement for the parents after offering them fair wages, holidays, sick leave and insurance: their kids must attend school. If the school calls and notifies him that the kids are no longer attending, the parents jobs will be in jeopardy. Carlo believes that education is the key for bringing social balance and growth back to this once emerging country, and the Khmer people. 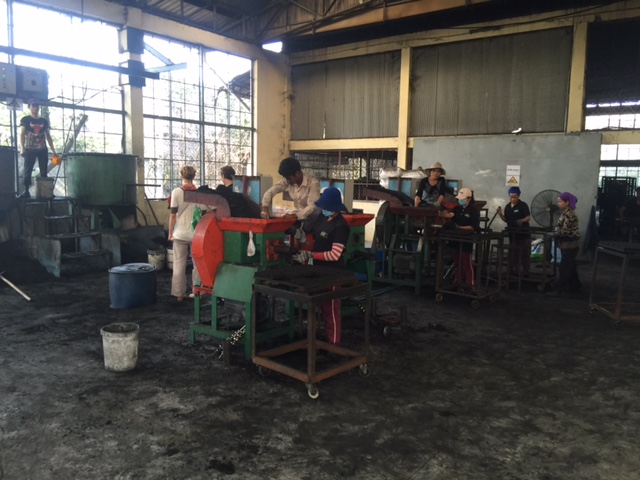 The jobs SGFE is creating allows a sense of dignity and pride for those once living in the worst conditions imaginable, and education to their children. It is not a handout, as working in any factory is hot, difficult, manual labor, but instead it is a hand-up for the impoverished and undervalued. Besides the social impact, they have won the Ashden award in 2014 for their efforts to fight deforestation and the ingenious environmentally-friendly technology that is used during the creation of the charcoal. (Read more here http://www.ashden.org/awards/2014/international) SGFE is truly a worthy endeavor.

I am proud to call Carlo my brother, and am happy to show off the work he has been doing here in Phnom Penh for the past 6 years. If you want to get involved, contact me and I will introduce you to him. In addition to the factory, Carlo is passionately involved in a local school called PSE that has been rescuing children from poverty and setting them up for success in the workforce for almost 20 years. There is much work to do here.