Warning: "continue" targeting switch is equivalent to "break". Did you mean to use "continue 2"? in /nfs/c04/h06/mnt/85310/domains/asthecrowsfly.com/html/wp-content/plugins/jetpack/_inc/lib/class.media-summary.php on line 87
 Breakfast in Phuket Paradise | As the Crows Fly
Skip to content
March 9, 2016 / brad / Blog

So, we left off while on our way to DMK airport in the northern part of Bangkok, on the way to Phuket.

It was a quick flight, about an hour and 15 minutes, so we actually spent more time in the airports than in the air… But when you’re on your way to paradise, one can handle the a few inconveniences.

Landing in Phuket, we paid for a taxi in the airport before waving a pink ticket around outside, since we were now in the land where English does not prevail on the signs.

Our driver, Noom, gave us a quick lift to the Pullman Phuket Arcadia Naithon Beach Resort, where we were welcomed like royalty. It is truly a stunning place, both at night, and again when we woke up the next morning. 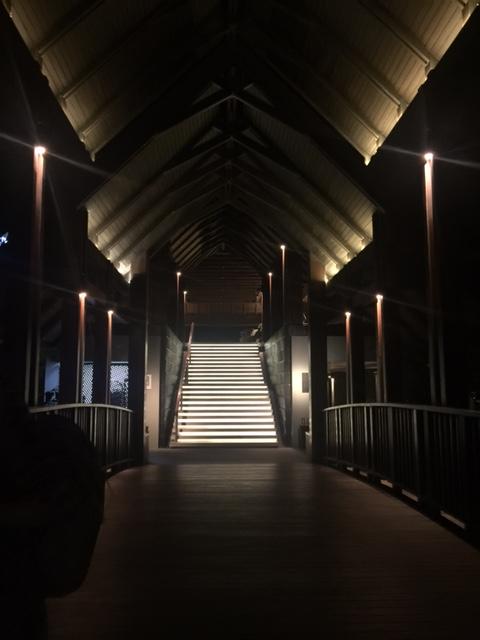 After a brief Pilates and yoga workout, we went down to breakfast where we had the chance to try some Snake Fruit, Dragon Fruit, and other amazing delicacies, including Gluten Free muffins!

Stay tuned, we’re off to Phuket proper in a few hours courtesy of Noom’s brother (our driver today), to the pier where we will either take a speedboat or a ferry over to the Phi Phi Islands.